I am Denis Barry. My uncle, Commandant Denis Barry, Brigade Staff Cork 1st. Cork Brigade Irish Republican Army. He joined the Volunteers in 1914. He went to Kilkenny in 1915 and was arrested there on 2nd May 1916. He was detained there for 7 nights. Transferred to Richmond Barracks and shipped to Frongach, Wales. When released, he returned to Kilkenny. He was election agent for W.T. Cosgrave 1918. Recalled to Cork late 1918. Appointed O.C.(Officer in Command) Irish Republican Police. Read the full story in “The Unknown Commandant” written by me. Published by Collins Press. Launched by Cathal MacSwiney Brugha in the Cork City Hall in March 2010. 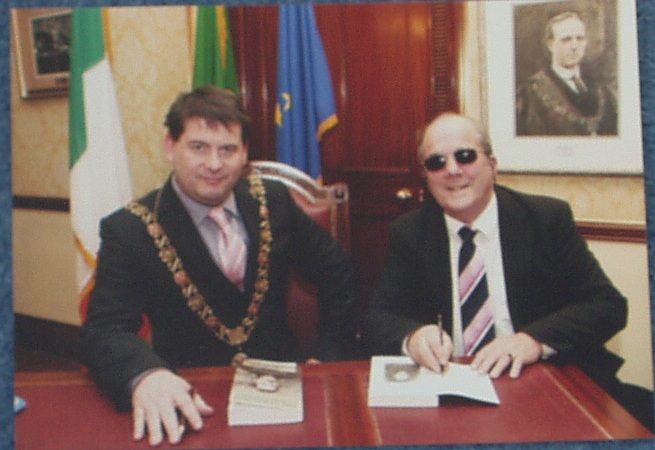 “In size and tone, Denis Barry’s funeral cortege in the midst of a bloody civil war was similar to those that marked the burials of Tomas MacCurtain and Terence McSwiney and, in more peaceful times, of Christy Ring and Jack Lynch. But who was ‘the Unknown Commandant’? A martyr and a hero to his countrymen, Denis Barry is overlooked today. This book seeks to rescue this hugely respected Cork man from relative anonymity. Denis Barry toiled in the shadows of McSwiney and MacCurtain in the tumultuous period of the Irish War of Independence. A brave soldier, patriot and sportsman, he died on hunger strike at the Curragh Military Prison in 1923 for the cause in which he believed….” 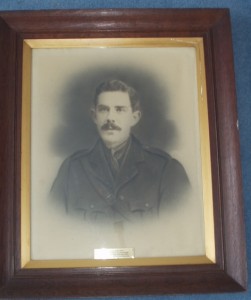 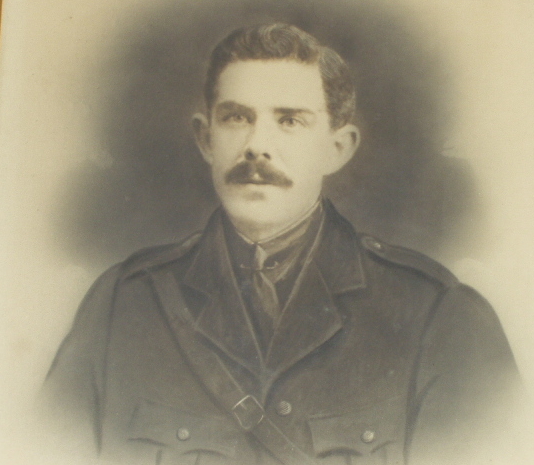 Donnacha Barry has sent in some papers and photos he uncovered as he did research on the book about his uncle Commandant Denis Barry: 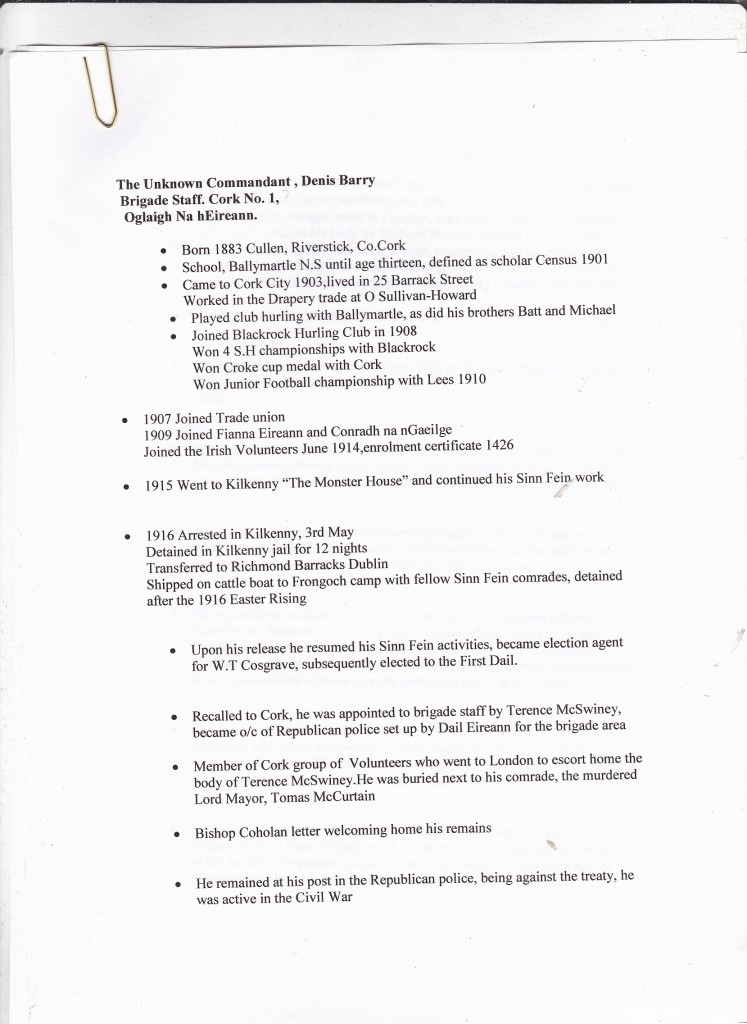 The Life Of Commandant Denis Barry 1 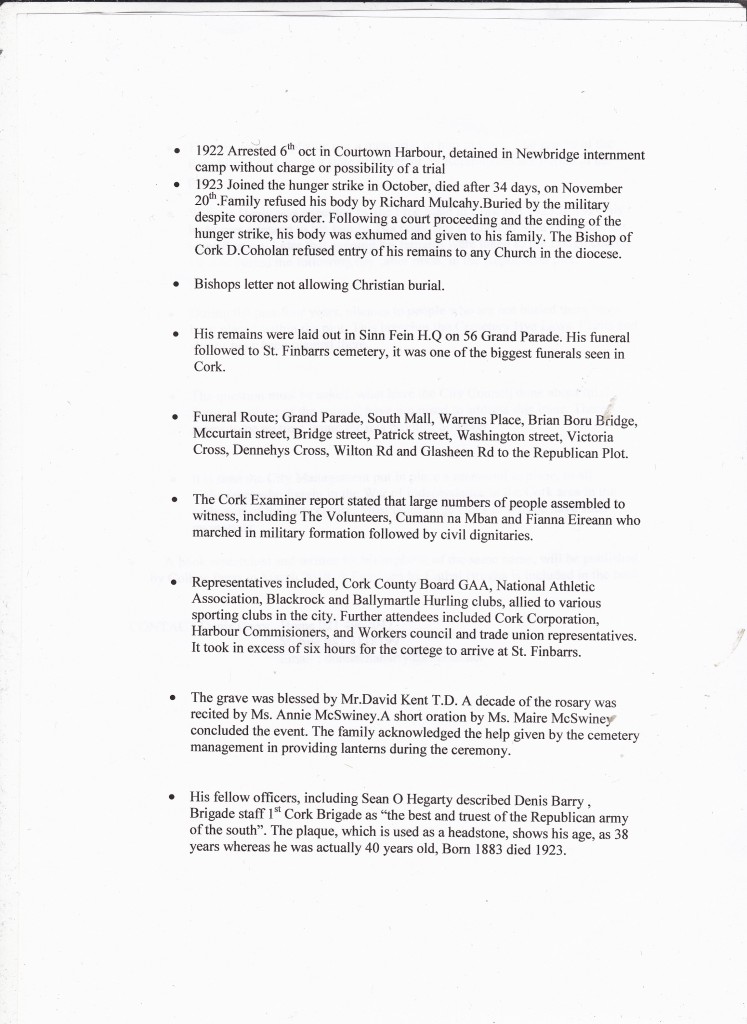 His earlier years were taken up with sport and Trade Union work: 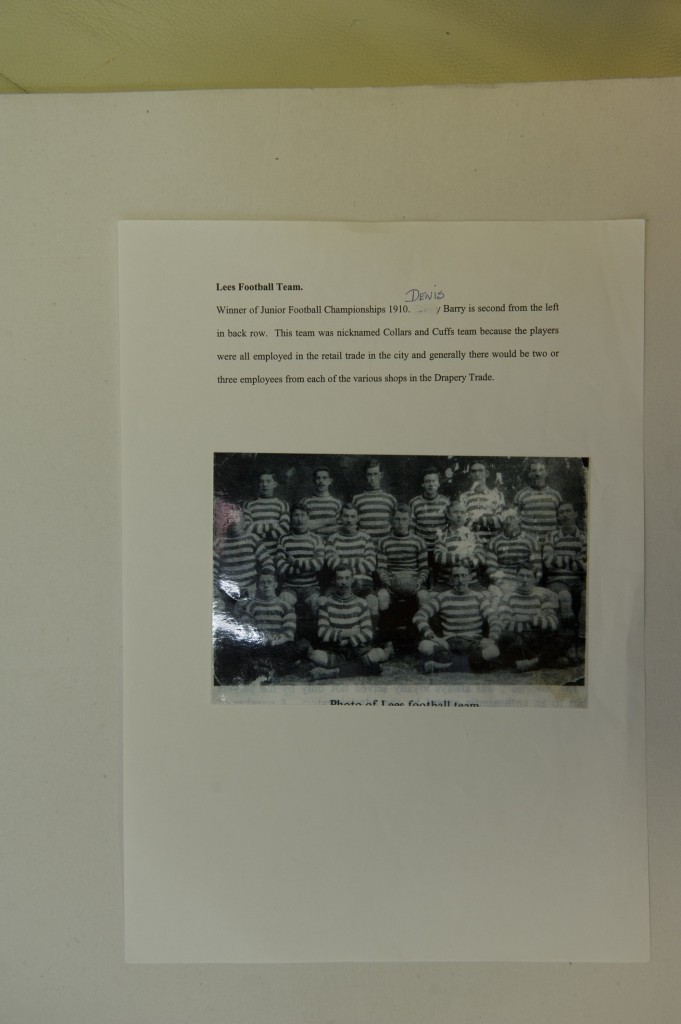 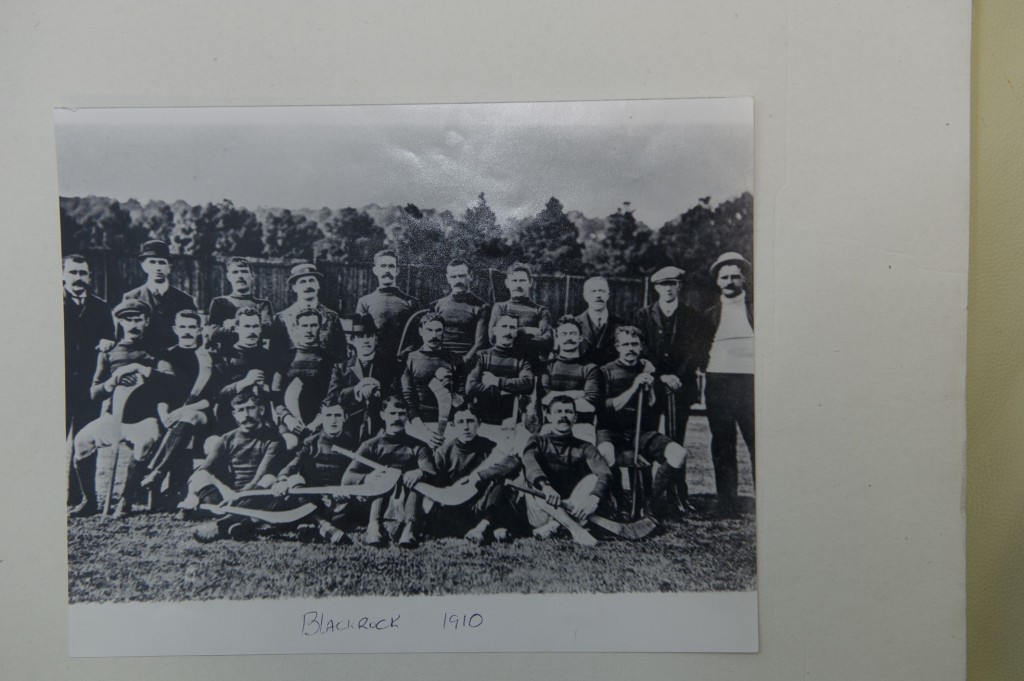 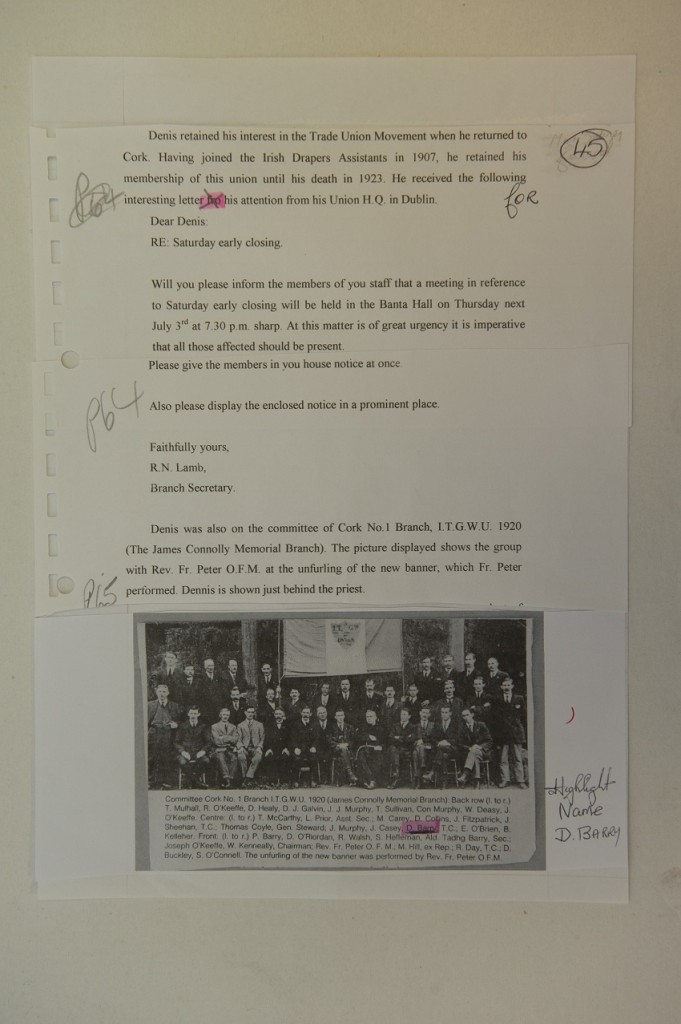 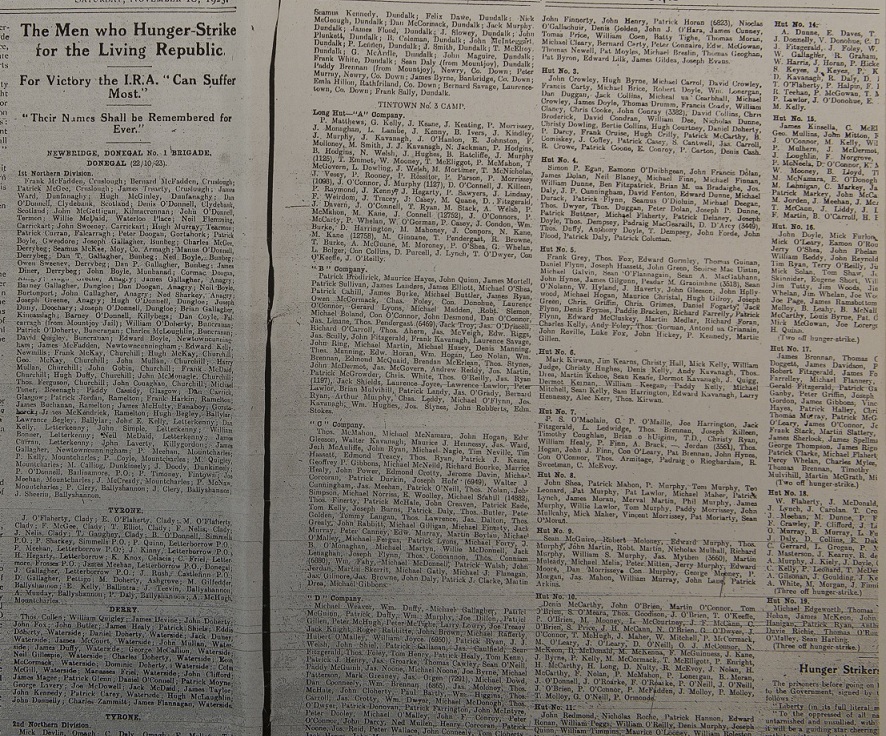 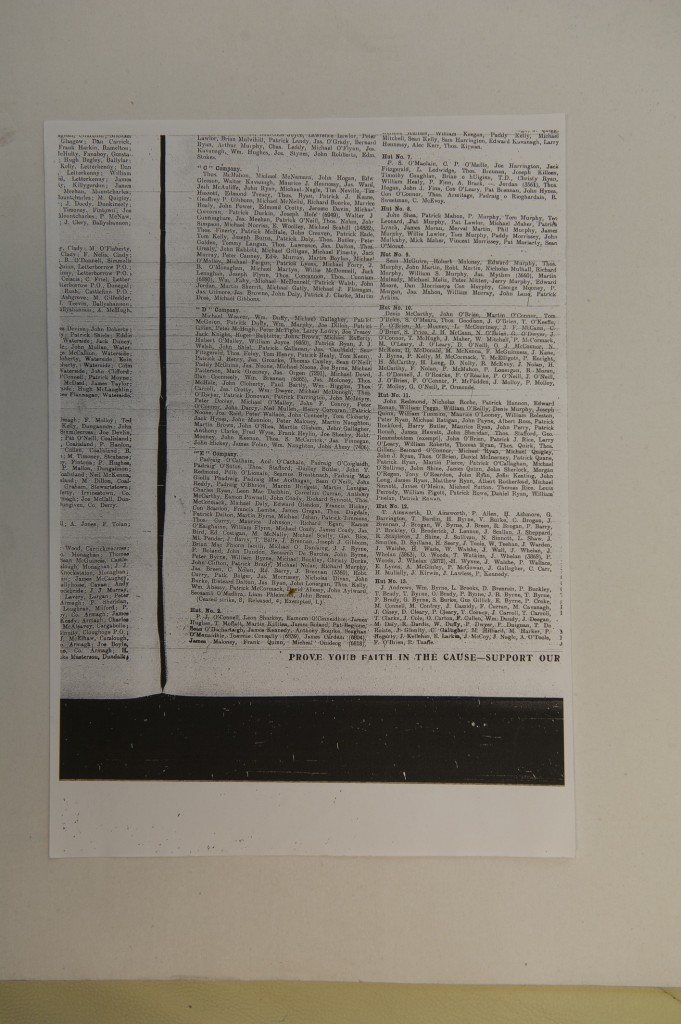 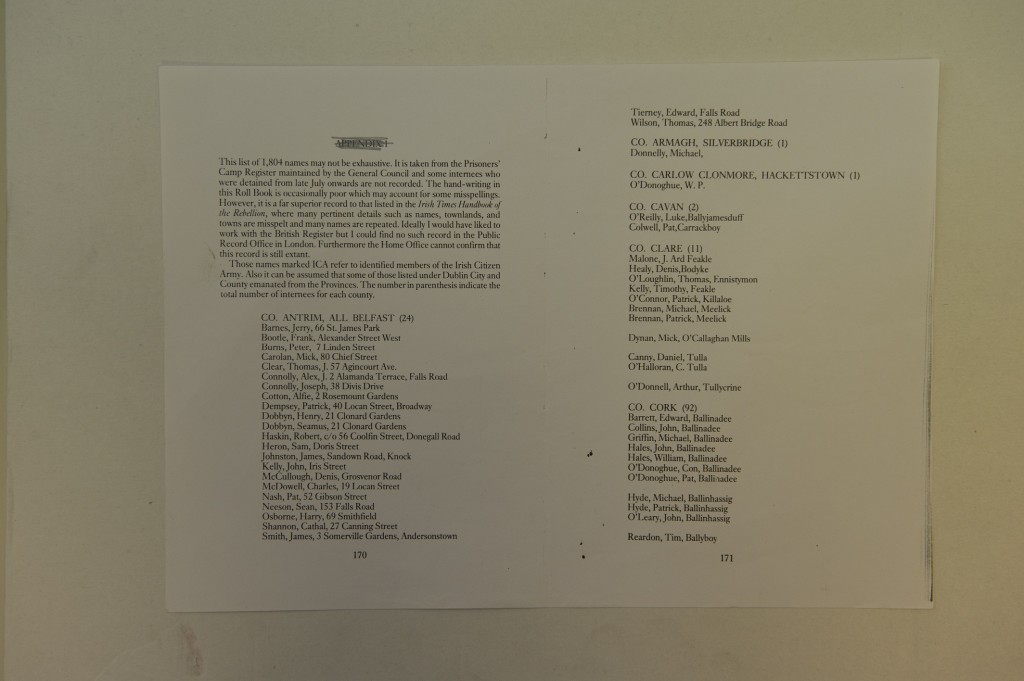 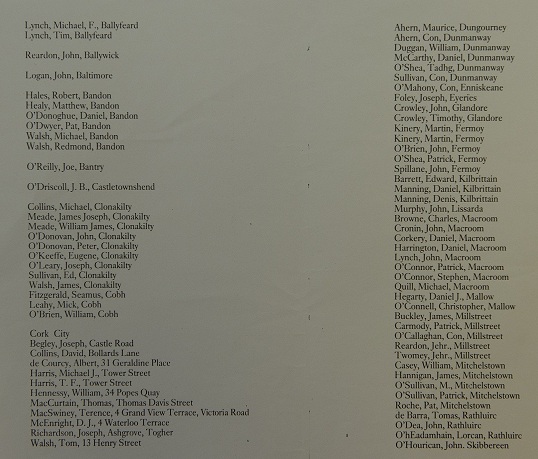 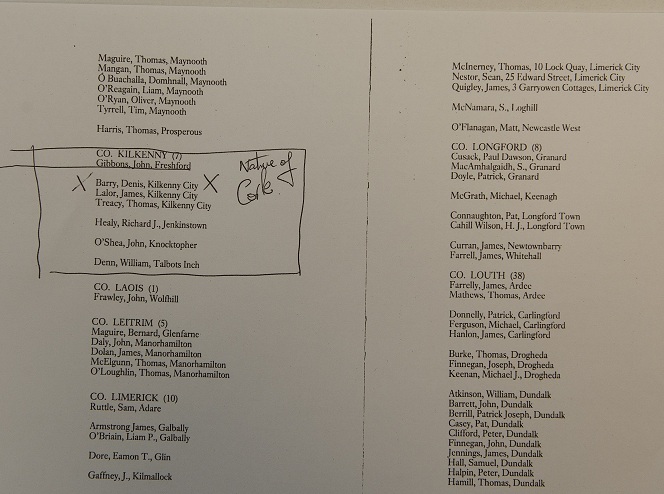 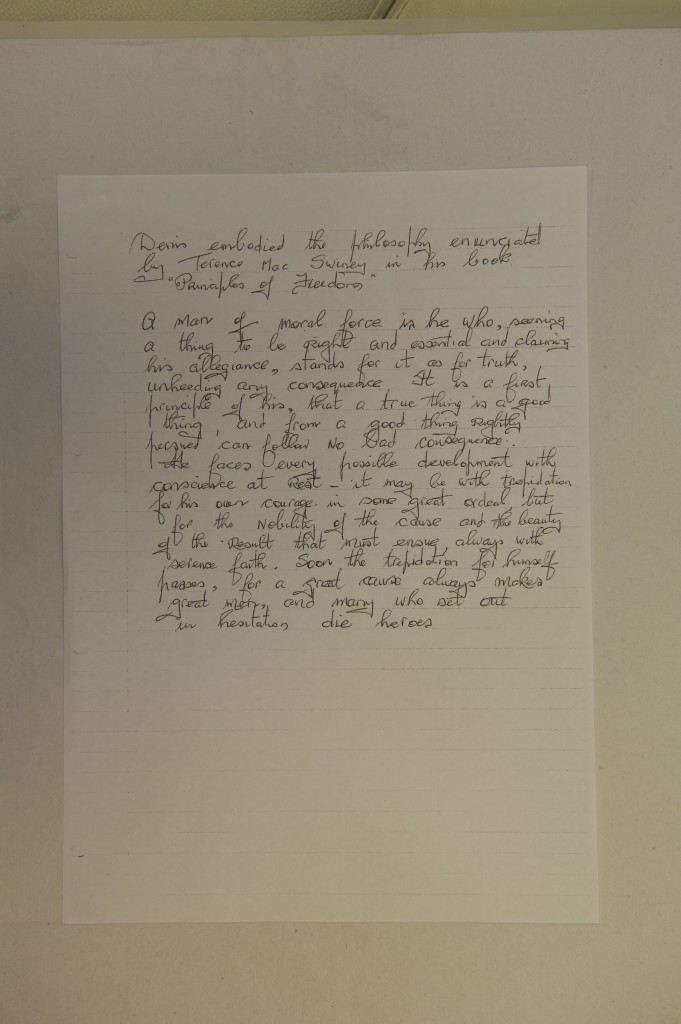 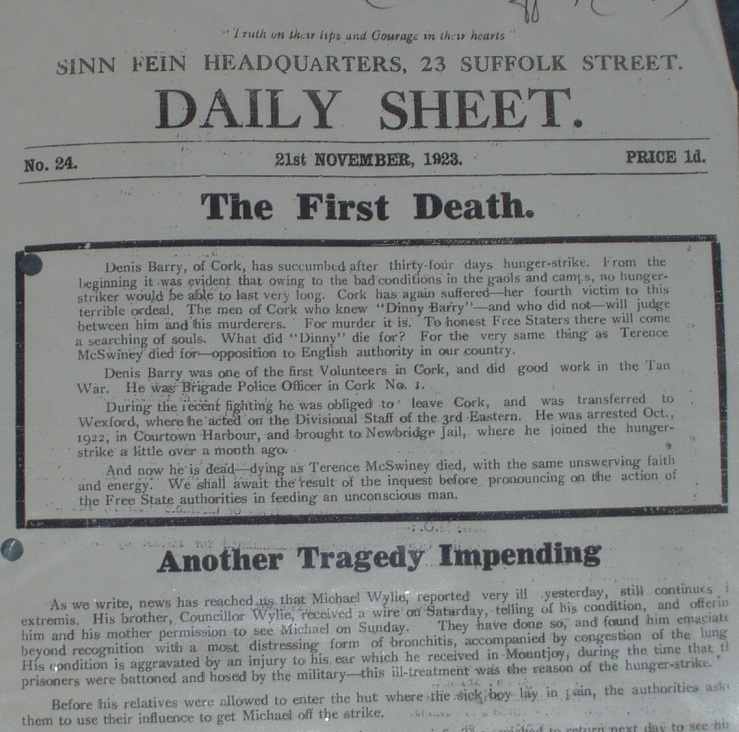 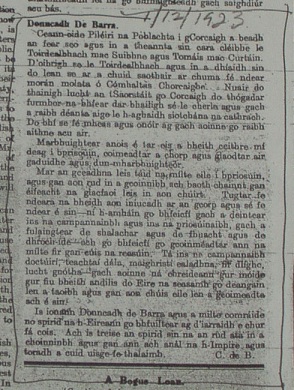 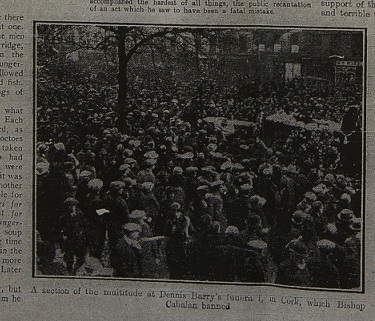 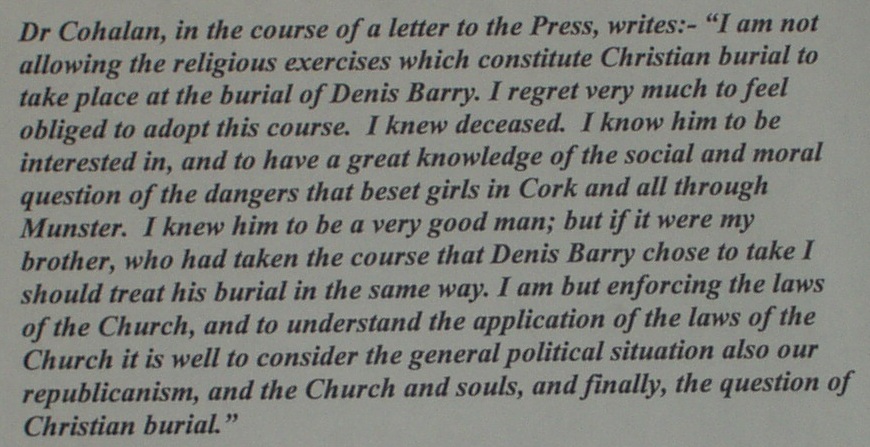 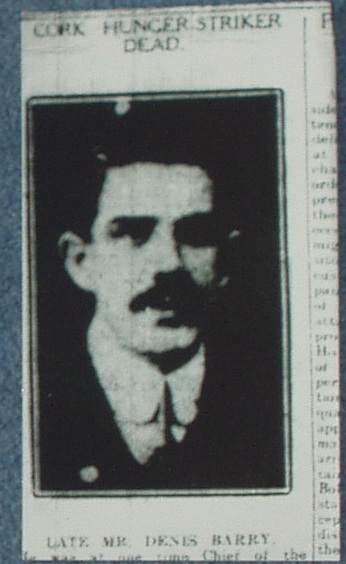 Copied from a paperback, Rebel Cork’s Fighting Story, from 1916 to the Truce with Britain. It is an Anvil Book, published by The Kerryman Ltd, Tralee.

DEAD OF CORK No. 1 BRIGADE

The Casualty List of those members of the Third West Cork Brigade Column, I.R.A., who sacrified their lives for Irish Freedom.

The list gives rank and name, address, and date and place of death, repectively. In 1918, it was decided to form Cork into three Brigades, on a territorial basis.

The areas covered by the three Cork Brigades were:

Cork No 1. Brigade area extended from Youghal on the eastern sea-coast of the county to Ballingeary and Ballyvourney on the borders of Kerry in the west. Its southern limit was at Ballinhassig and its northern boundary at Donoughmore. The city was included in the Brigade area of Cork No. 1. There were two Battallions in the city and others were centered at Cobh, Donoughnore, Macroom, Ballinhassig, Ballingeary, Ballincollig, Carrignavar, Ballyvourney, Passage West and Youghal.

Cork No 2. Brigade covered the tract of country extending from Bally- noe, just north of Midleton, to the Kerry border west of Mill- street and Newmarket. It was bounded on the south by the Mushera mountains and on the north by the Limerick County Boundary. In the south east, the Cork No. 2 Brigade took in Glenville and Ahidillane. Battalions were centered at Fermoy, Castletownroche, Mitchelstown, Charleville, Mallow, Kanturk, Newmarket, and Millstreet.

Cork No 3 Brigade area extended from Ballinhassig to the west and south- west. Batallions were centered at Bandon, Clonakilty, Dunmanway, Skibbereen, Bantry and Castletownbere.

Below is a “recently discovered ” IRA internal document,” re Commandant Denis Barry and others, does the F.S.  Army refer to Free State Army?? it does not seem possible as the document is dated January 1921, can anyone shed light on this? What does F.S. stand for?