“Days of Our Youth”

“Days of Our Youth” 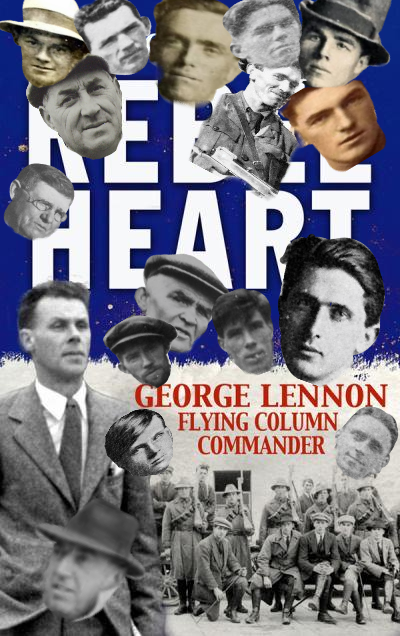 To coincide with Muris Ó Keefe’s play “Days of Our Youth” Waterford county Museum will host a series of afternoon lectures on Saturday 24 November at the Museum.

The November presentation of  “Days of Our Youth” brings to life such Deise  revolutionary figures as  Pax Whelan, P.C. O’Mahony, the Mansfield brothers, Pat Keating of Comeragh to name but a few. National leaders, Seoirse Plunkett, Mick Collins and local R.I.C. Sergeant Michael Joseph Hickey, who was executed after the Burgery ambush, will also feature in the production which is directed by Margaret Dennehy.

Waterford writer, Terence O’Reilly noted in his book “Rebel Heart” that Dungarvan born Republican, George Lennon was “effectively airbrushed from Irish history” despite the fact that the  1947 Abbey Theatre play (“The Dark Road”) and an earlier novel (“Dead Star’s Light”) by banned writer Una Troy Walsh of Bonmahon were transparently based upon his life.”

However, within the past three years, three books and a Nemeton film documentary have drawn attention to this man, one of the Republicans youngest warriors, who later dared to confront Free State orthodoxy in the 1930’s and 1940’s before emigrating for a second and final time on one of the first westbound civilian flights out of Emergency Ireland.

Concentrating on War of Independence events at Piltown and the Burgery, playwright O’Keeffe successfully captures the essence of this complex man who, affected by the events of 1916-1923, sought an inner peace until his 1991 death in Rochester, N.Y.

The play runs from November 21st – 24th at the Town Hall Theatre Friary Street. Ivan Lennon, the son of George Lennon, flies in from the US to be present for the play. He will also oblige with a Power Point presentation and short talk about his father on Saturday Afternoon of 24th  November at 3pm in the Museum on Friary Street. This will be followed by a lecture from Dr Patrick McCarthy, who is Correspondence Secretary of the Military History Society of Ireland.

The first part of his talk will deal with the build up to the Civil War and the phase of conventional warfare which for Waterford starts and ends with the Siege of Waterford since this reinforces the idea that the Civil War ended then. We will then take a break for Tea / Coffee. The second phase will deal with the guerrilla warfare that followed until April 1923. There will be an entry fee of €5, this covers the afternoon programme. Tickets for the play will also be available at the Museum on Friary Street, priced very reasonably at €12. Waterford County Museum Dungarvan will also mount a photograph exhibition in the Town Hall theatre for the duration of the play. An exhibition of republican memorabilia is also on view at the Museum.