Ceannt was born in east County Galway in the town of Ballymoe. He spent his first few years in the town barracks where his father, James Kent, was stationed as an RIC officer.When his father retired from the force, the family moved to Dublin. It was there, in the Christian Brothers’ School on North Richmond Street, that Éamonn Ceannt took his first steps on the road to becoming a nationalist.

The majority of the leaders of the 1916 rebellion were ex-pupils of the Christian Brothers. They turned out very well-educated young men who were indoctrinated by the idea of a nationalist Ireland.

Two events that evoked nationalism at the end of the 19th century were the 1798 commemoration and the Boer War in South Africa. Éamonn became interested in these events. He took part in the commemoration.He joined the Gaelic League, adopting the Irish version of his name (Éamonn), and becoming a master of the uilleann pipes, even putting on a performance for Pope Pius X, who was on that occasion accompanied by a group of elderly Irish priests that had been long living in exile. He was employed as an accountant for the Dublin Corporation.

In June 1905, in a ceremony conducted in Irish, Ceannt married Áine O’Brennan. Their son Ronán was born in June 1906. Áine Ceannt later founded the White Cross to help the families impoverished by British actions or the loss of their breadwinners in the War of Independence.

Sometime around 1913 he joined the Irish Republican Brotherhood, and later was one of the founding members of the Irish Volunteers. As such he was important in the planning of the Easter Rising of 1916, being one of the original members of the Military Committee and thus one of the seven signatories of the Proclamation of the Irish Republic. He was made commandant of the 4th Battalion of the Volunteers, and during the Rising was stationed at the South Dublin Union and the Marrowbone Lane Distillery, with more than 100 men under his command, notably his second-in-command Cathal Brugha, and W. T. Cosgrave. His unit saw intense fighting at times during the week, but surrendered when ordered to do so by his superior officer Padraig Pearse. Ceannt’s position was one of only two that was not taken in the rising, along with Éamon de Valera’s at Boland’s Mill.

Ceannt was held in Kilmainham Jail until his execution by firing squad on 8 May 1916, aged 34.

Galway City’s Ceannt Station, the main bus and rail station in his native county of Galway, is named in his honour, as well as Éamonn Ceannt Park in Dublin. Eamonn Ceannt Tower in Ballymun, which was demolished in 2005, was also named after him. 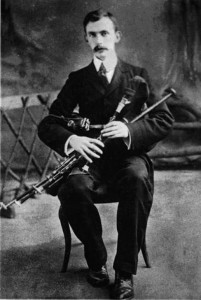 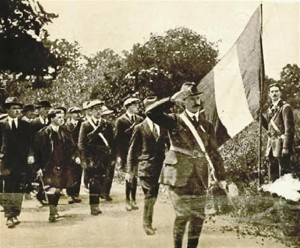 Ceannt with the 4th Battalion