Elizabeth O’Farrell (1884-1957) acted as a dispatcher before and during the Rising, delivering bulletins and instructions to the rebel outposts around Dublin. She was one of three women, including Winifred Carney, who remained in the G.P.O. until the end of the Rising. Along with her lifelong friend and fellow nurse, Sheila Grenan, she cared for the wounded including James Connolly. At 12.45 pm on Saturday 29 April O’Farrell was handed a Red Cross insignia and a white flag and asked to deliver the surrender to the British military. She emerged into heavy fire on Moore Street which abated when her white flag was recognised.

O’Farrell was taken to Brigadier General W. H. M. Lowe who sent her back to Pearse at number 16 Moore Street with a demand for unconditional surrender. Pearse agreed and, accompanied by O’Farrell, surrendered in person to General Lowe. Accompanied by a priest and three soldiers she brought the order to surrender to the insurgent positions throughout the city.

O’Farrell spent several months in prison after the Rising. General Lowe petitioned that clemency be shown towards her for “great assistance” she had given in managing the final hours of the Rising.

She died in Fatima House in Bray, Co. Wicklow on 25 June 1957. She remained active in Republican politics until her death and she is buried in the Republican Plot in Glasnevin Cemetery alongside Julia Grenan. 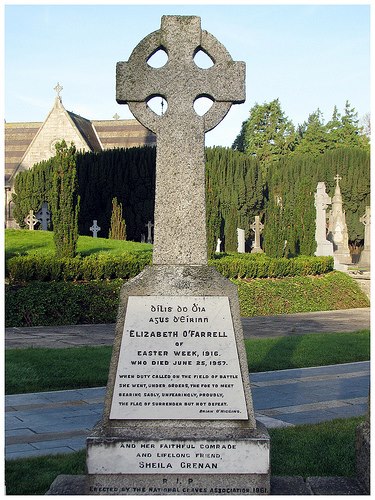 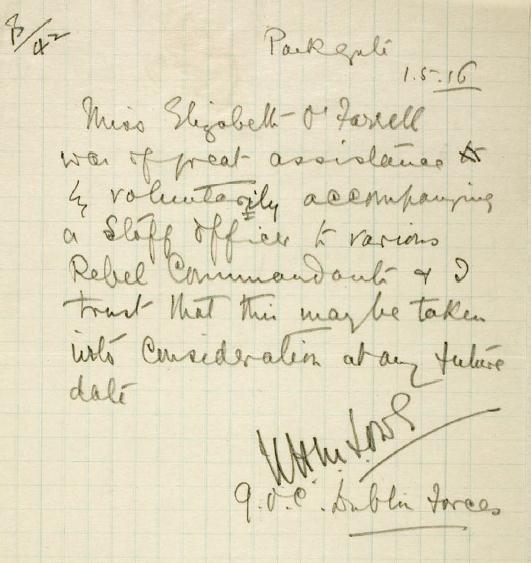 Letter from General Lowe to authorities in 1916 concerning Elizabeth Farrell. “Miss Elizabeth O’Farrell was of great assistance by voluntarily accompanying a Staff Officer to various Rebel Commandants and I trust that this may be taken into consideration at any future date. General Lowe, Dublin Forces. May 1st 1916.” 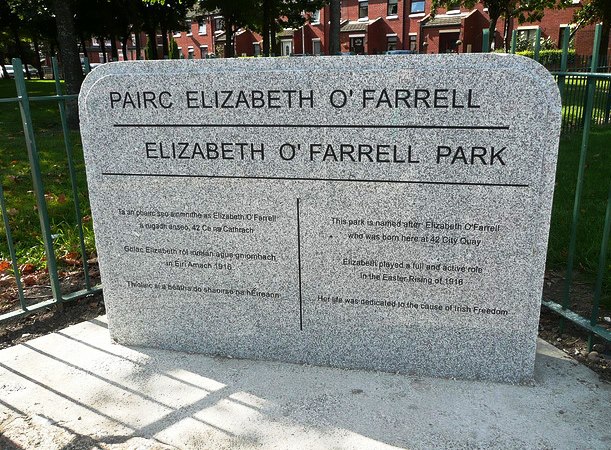