Home/In Memory of The Volunteers/Father Michael Griffin 1890 – November 1920 was an Irish Roman Catholic priest.
Previous Next

One of the most infamous events of the Black and Tan period was the murder of Father Michael Griffin, who was a curate in Saint Joseph’s Church in Galway. A man who was supposed to have been an informer went missing, and was presumed to have been killed.


Someone told the Black and Tans that the murderer had confessed to Father Griffin. They lured the priest out of his house on Montpelier Terrace, brought him to Lenaboy Castle, where they tortured him, and eventually killed him. His body was dumped in a bog in Barna, where it was discovered a few days later. His funeral was to receive huge international publicity, because of the fact that Fr. Griffin would not break the seal of confession. It was attended by many thousands of people There is a monument to him at the location where they found his body in Barna. 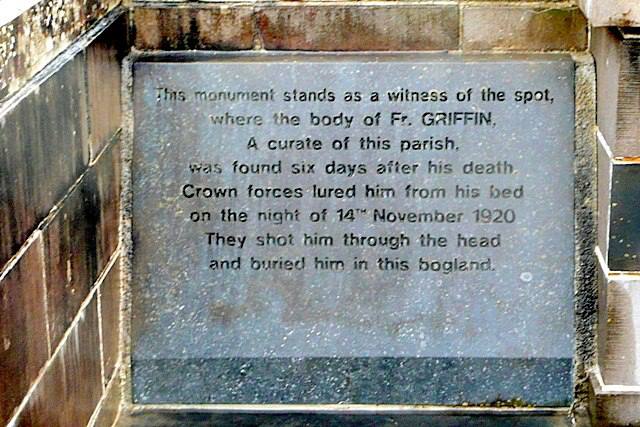