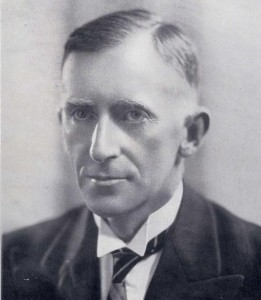 Richard James Mulcahy (Irish: Risteárd Séamus Ó Maolchatha) (10 May 1886 – 16 December 1971) was an Irish politician, army general and commander in chief, leader of Fine Gael and Cabinet Minister. He fought in the 1916 Easter Rising, served as Chief of Staff of the Irish Republican Army during the War of Independence and was commander of the pro-treaty forces in the Irish civil war. 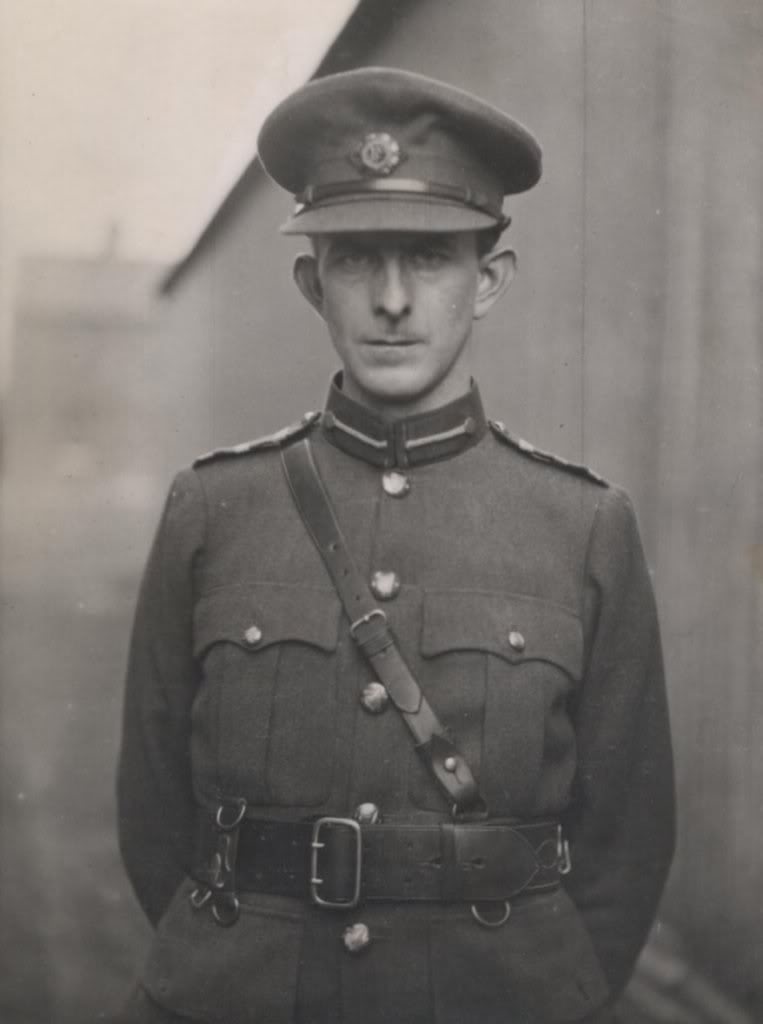 Richard (Dick) Mulcahy was born in Manor Street, Waterford in 1886. He was educated at Mount Sion Christian Brothers School and later in Thurles, County Tipperary, where his father was the postmaster. One of his grandmothers was a Quaker who was disowned by her wealthy family for marrying a Roman Catholic. He joined the Post Office (engineering dept) in 1902 and worked in Thurles, Bantry, Wexford and Dublin. Mulcahy joined the Irish Volunteers at the time of their formation in 1913 and was also a member of the Irish Republican Brotherhood and the Gaelic League.

He was second-in-command to Thomas Ashe (who would later die on hunger strike) in an encounter with the armed Royal Irish Constabulary at Ashbourne, County Meath during the Easter Rising in 1916. In his recent account of the Rising Charles Townsend principally credits Mulcahy with the defeat of the RIC at Ashbourne for conceiving and leading a flanking movement on the RIC column that had engaged with the Irish Volunteers. Arrested after the rising he was interned at Knutsford and at the Frongoch internment camp in Wales until his release on the 24 December 1916.

War of Independence and Civil War

Upon his release he immediately rejoined the republican movement and became commandant of The Dublin Brigade of the Irish Volunteers. Elected to the First Dáil in the 1918 general election for Dublin Clontarf, he was named Minister for Defence in the new (alternative) government and later Assistant Minister for Defence. In March 1919 he became IRA chief of staff, a position he held until January 1922.

He and Michael Collins were largely responsible for directing the military campaign against the British during the War of Independence. During this period of upheaval in 1919 he married Mary Josephine (Min) Ryan, sister of Dr. James Ryan and sister of Kate and Phyllis Ryan, successive wives of Seán T. O’Kelly, two men who would later be members of Fianna Fáil governments.

Mulcahy supported the Anglo-Irish Treaty of 1921 and became commander of the military forces of the Provisional Government during the subsequent Civil War.

He earned notoriety amongst anti-treaty supporters through his order that captured anti-Treaty activists found carrying arms were liable for execution. A total of 77 anti-Treaty prisoners were executed by the Provisional Government. Mulcahy served as Defence Minister in the new Free State government from January 1924 until March 1924, but resigned in protest because of the sacking of the Army Council after criticism by the Executive Council over the handling of the so-called Army Mutiny — when Irish Army some veteran War of Independence officers almost revolted after Mulcahy demobilised many of them at the end of the Civil War. He re-entered the cabinet as Minister for Local Government and Public Health in 1927.

During his period on the backbenches of Dáil Éireann his electoral record fluctuated. He was elected as TD (Teachta Dála) for Dublin North West in the 1921 and 1922 general elections. The following year, in the 1923 election he moved to the Dublin North East constituency, where he was re-elected in four further elections: June 1927, September 1927, 1932 and 1933.

Mulcahy was defeated in the 1937 general election, but secured election to the Seanad Éireann, the upper house of the parliament, on the Administrative Panel. The 2nd Seanad sat for less than two months, and he was elected to the 10th Dáil for Dublin North East in the 1938 election. Defeated again in the election of 1943, he secured election to the 4th Seanad, on the Labour Panel. 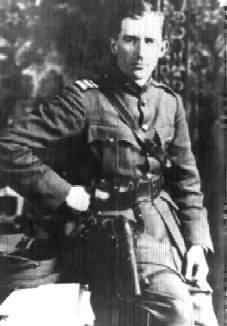 After the resignation of W. T. Cosgrave in 1944, Mulcahy became leader of Fine Gael while still a member of the Seanad. Thomas F. O’Higgins was parliamentary leader of the party in the Dáil at the time. Mulcahy was returned again to the 12th Dáil as TD for Tipperary at the 1944 general election. Mulcahy was faced with the task of reviving a party that had been out of office since 1932.

Facing into his first General Election as party leader, Mulcahy drew up a list of 13 young candidates to contest seats for Fine Gael. Of the eight of these that ran, four were elected. Mulcahy had successfully cast aside the Cosgrave legacy of antipathy to constituency work, traveling the country on an autocycle and succeeding in bringing some new blood into the party. While Fine Gael’s decline had been halted, its future was still in doubt, at least until the non Fianna Fáil parties realised they had won a majority.

Following the 1948 general election, Fianna Fáil finished six seats short of a majority. However, Fianna Fáil was 37 seats ahead of Fine Gael, and conventional wisdom suggested that Fianna Fáil was the only party that could possibly form a government. Just as negotiations got underway, however, Mulcahy realised that if Fine Gael, the Labour Party, the National Labour Party, Clann na Poblachta and Clann na Talmhan banded together, they would have only one seat fewer than Fianna Fáil–and that if they could get support from seven independents, they would be able to form a government. He played a leading role in persuading the other parties to put aside their differences and join forces to consign Eamon de Valera to the opposition benches.

Mulcahy initially had the inside track to becoming Taoiseach in such a government. However, Mulcahy was not acceptable to Clann na Poblachta’s leader, Seán MacBride. Many Irish Republicans had never forgiven him for his role in the Civil War executions carried out under the Cosgrave government. Without Clann na Poblachta, the other parties would have had 57 seats between them – 17 seats short of a majority in the 147 seat Dáil. However, according to Mulcahy, it was Labour leader William Norton who suggested another person as Taoiseach. There is no documentary evidence to confirm that MacBride and his party refused to serve under Mulcahy, although Norton may have been influenced by MacBride. In any event, Mulcahy stepped aside and encouraged his party colleague Attorney General John A. Costello to take the post of Taoiseach. From then on, Costello served as parliamentary leader of Fine Gael while Mulcahy remained nominal leader of the party.

Mulcahy went on to serve as Minister for Education from 1948 until 1951. Another coalition government came to power at the 1954 election, with Mulcahy once again stepping aside to become Minister for Education in the Second Inter-Party Government. The government fell in 1957, but Mulcahy remained as Fine Gael leader until October 1959. In October 1960 he told his Tipperary constituents that he did not intend to contest the next election. 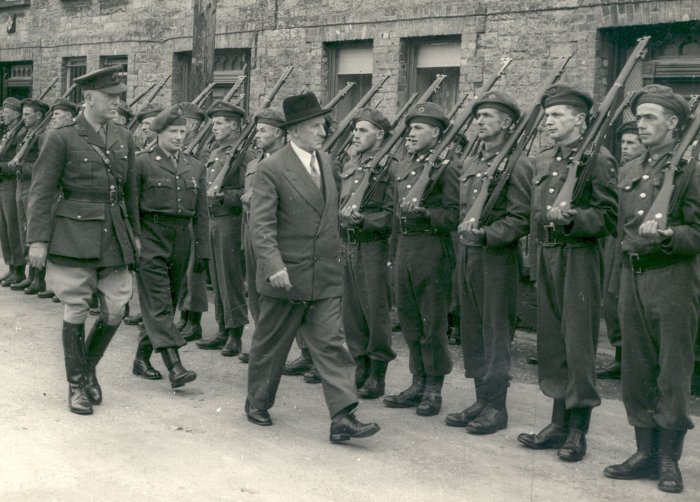 His son, named Risteárd Mulcahy, was for many years a cardiologist in Dublin. His daughter Neilli designed the uniforms for Aer Lingus in 1962.

Richard Mulcahy died in Dublin on 16 December 1971, at the age of 85 from natural causes. 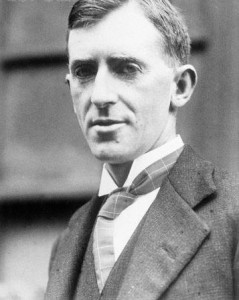 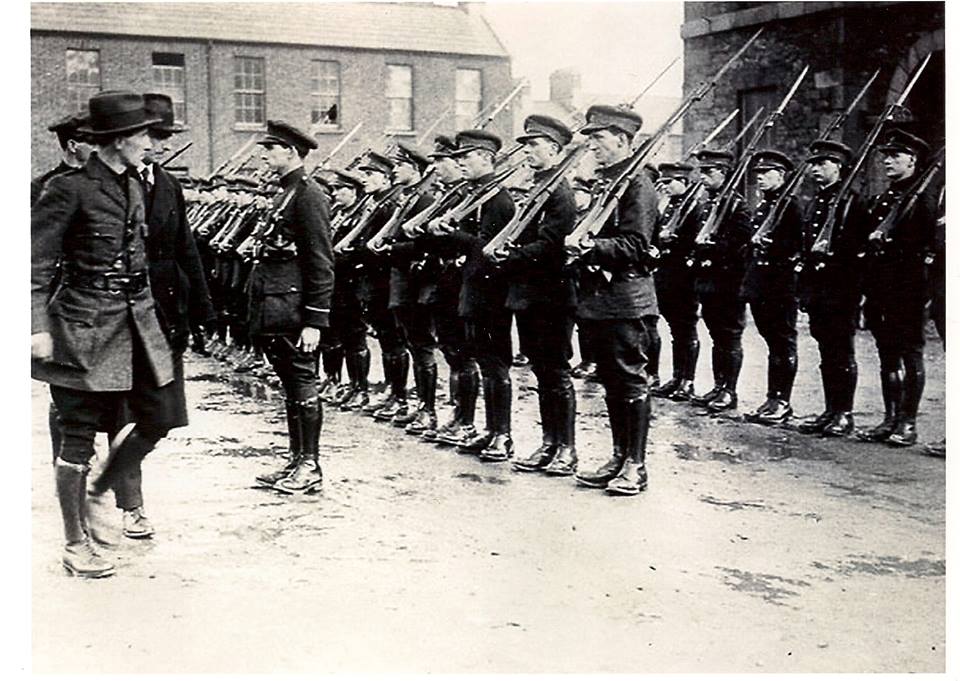