A good crowd assembled for the commemoration,the address was given by Robert Ballagh.the general message from the address was that the decade of anniversaries are near upon us and we must not let the struggle of the Irish Volunteers in the Irish war of Independence become a a mere foot note in the decade of anniversaries.,ie it must not become diluted . The Irish Volunteers and the struggle for Independence must stand above all other commemorations in this country.

James Langtry made a very good point for the need to educate the youth of the country in all aspects of the struggle,he said the youth are not being educated about the struggle anymore in the schools of Ireland.  The Irish Volunteers Commemorative Organisation are completely in agreement on this,it is one of our core objectives. 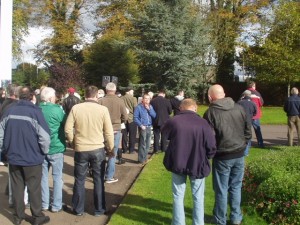 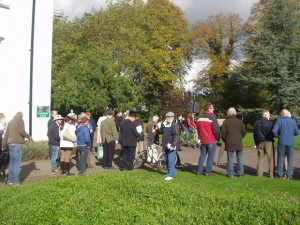 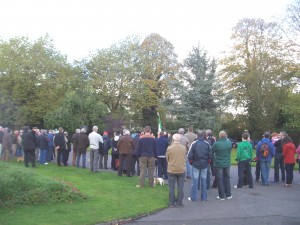 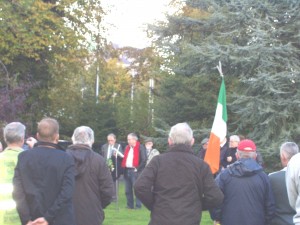 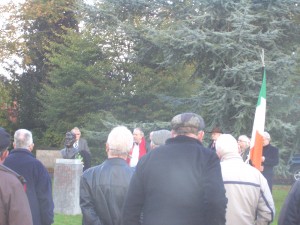 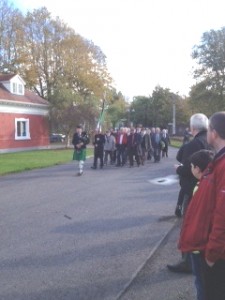 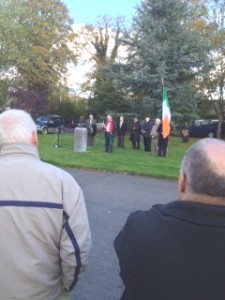