Harry Boland was born in Phibsborough, Dublin on 27 April 1887, the son of Irish Republican Brotherhood member James Boland and Kate Woods. He was active in GAA circles in early life. He joined the IRB at the same time as his older brother Gerry in 1904, following in the footsteps of his father, uncle and probably grandfather. He was educated at the Synge Street CBS but had a personality clash with one of the brothers so he refused to carry on his attendance at the school. He then went to De la Salle College, County Laois, as a novitiate.

Boland later joined the Irish Volunteers along with Gerry and his younger brother Ned and took an active part in the Easter Rising of 1916.

At the 1918 general election Boland was elected to represent the South Roscommon seat. In line with all the Sinn Féin MPs elected at that election he did not represent his constituents at Westminster, but withdrew to sit in the declared independent Dáil Éireann (the First Dáil) and was named by Éamon de Valera as special envoy to the United States, a role his uncle Jack had played 25 years previously. He left Ireland for the United States of America along with de Valera as part of a campaign to raise awareness and support for their cause in America. Boland held the Russian Crown Jewels as collateral for a loan of $25,000 from the Irish Republic to the Soviet Republic through the head of the Soviet Bureau, Ludwig Martens. These jewels were transferred to Ireland when he returned.
During the Irish War of Independence, Boland operated alongside Michael Collins.

Boland opposed the Anglo-Irish Treaty along with de Valera, and in the ensuing Irish Civil War, he sided with the Anti-Treaty IRA. In 1922, he was re-elected to the Dáil representing Mayo South–Roscommon South. Boland was shot by soldiers of the Irish Free State Army when they attempted to arrest him at the Skerries Grand Hotel. Two Free State Army officers entered his room and Boland, unarmed, was shot and mortally wounded.

“Reports of how and why he was shot vary and it is hard to establish an accurate historical reason, given the highly partisan views of the parties involved in the civil war conflict of brothers”.

He died several days later in St. Vincent’s Hospital. As he lay dying, he refused to give the name of his attacker to his sister, Kathleen.

He was buried at Glasnevin Cemetery. The service took place from the Whitefriar Street Carmelite Church. The hearse was followed by Cumann na mBan, Clan na Gael and the Citizen Army women’s section.

Boland’s death affected Collins and may have spurred him towards peace negotiations with De Valera. Soon after, Collins was killed at an ambush at Béal na mBláth, County Cork. The Skerries Grand Hotel later became a secondary school for boys, managed by the De La Salle Brothers. There is a commemorative plaque on site stating that Boland was killed in action there.

Harry’s brother Gerald Boland was a prominent member of Fianna Fáil and was later a minister of Justice. His nephew Kevin Boland served as a minister and was implicated in the arms crisis. His resignation from Fianna Fáil and the subsequent loss of his seat put an end to the Boland political dynasty. 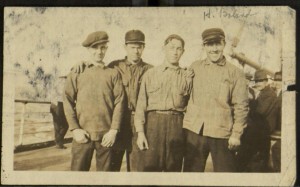 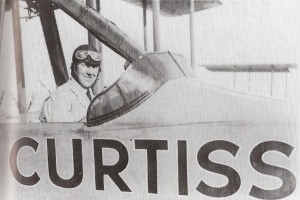 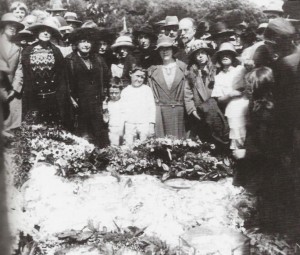 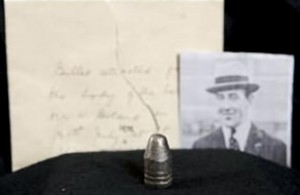 The bullet that killed Harry Boland. 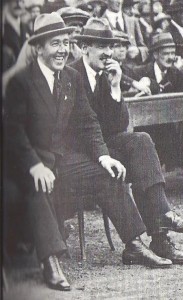 Rare one of Mick and Harry 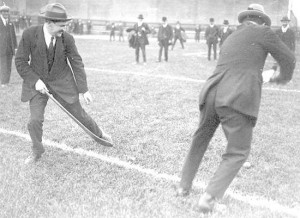