Many thanks to John Coffey for sending in the following information and photographs.

This photograph was taken in Clogh Village, four miles North of Castlecomer. Most of these men were from the Clogh and surrounding areas, and most also worked as coalminers in the many coalmines around. I know that this photo was taken after they attended Mass in Clogh. 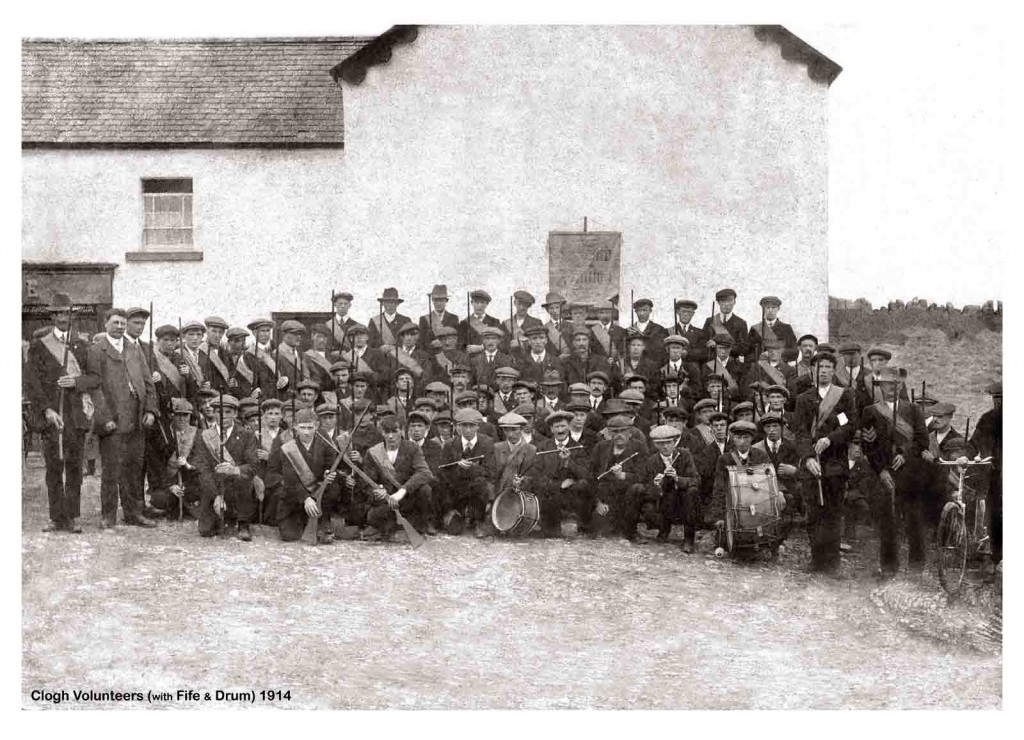 Their guns were timber and made by a local carpenter. The banner was held by Bill Brennan who was my next door neighbour. He died in 1980 aged 96 years. He pointed out most of the names for me. I don’t recall him telling me about the banner, could it read “Ireland a Nation”?

In the 1920’s most of them had joined The North Kilkenny Brigade, A Coy The Swan, I.R.A. Volunteers.

I do not have any more information on this photograph, you are welcome to use it. My Mother had the original which was in poor condition. I am a photographer and was able to restore it.

There are some interesting photographs from Castlecomer which I will send on to you.