With the online issue of the Irish Echo of Friday 15 May 2020, I was amazed to read of the “National Famine Commemoration set for Sunday” 17 May, and see the smiling face of Professor Christine Kinealy, Quinnipiac University, Hamden, Connecticut.

In the announcement the word “Famine” was extraordinarily used 16 times. I personally find it unfortunate that “Revisionist History” continues to flourish seemingly unchallenged. Indeed, I strongly believe it is unfortunate not only well recognized, and published, historians such as Professor Kinealy but also high ranking Irish Government officials such as Minister for Culture, Joseph Madigan continue to perpetuate the Irish Famine Myth. Not only that there is such a named commemoration but that there is in Strokestown Park in County Roscommon something called “the National Famine Museum.”

It is my (educated) guess that the use of the word “Famine” is to continue to give “cover” to the English Government for its deliberate, calculated and murderous treatment of the Irish at the time of “An Gorta Mor.”

Back on Thursday 4 April 2019, BBC Radio 4 put on a program “The Great Irish Famine” hosted by Melvin Bragg-BBC. The panelists were Cormac O’Grada, University College Dublin, Niamh Gallagher, University of Cambridge and Enda Delaney, University of Edinburgh. During the give and take of the program Mr. Bragg asked a question pertaining to “Famine Evictions” to  which one of the panelists noted that Mr. Charles Wood, Minister of the Exchecker, had said “migration was a coping factor.” One can only imagine the heartbrake of the victims of eviction as they stood outside in the cold and rain watching the bailiffs pull down the roof-beam or set fire to the thatch and left to die of starvation or disease. Estimates of the numbers evicted between 1849 and 1854 range from half a million to over 700.000. As the Irish Lord Lieutenant at the time put it, “Priests and Patriots howl over the exodus but the departure of thousands of Papist Celts must be a blessing to the country they quit.”

At another point in the program discussing the treatment of the peasantry one of the panelists said the treatment was “cruel” but not an “atrocity.”

It might be insightful for Professor Kinealy if she would go back and read her own research report Food Exports from Ireland 1846 -47 printed in the Spring 1997 Issue of History Ireland The Famine, Volume 5. Professor Kinealy reported:

“Significant amounts of food were leaving Ireland During the Famine years. In 1847 alone, the worst year of the Famine, almost 4,000 vessels carried food from Ireland to the major ports of Britain, that is, Bristol, Glasgow, Liverpool and London.” ‘It is generally accepted that by the 1840s, Ireland had become the granary of Britain, supplying the grain-hungry British market sufficient to feed two million people annually.’ ‘In the first nine months of 1847, for example, seventy-five ships sailed from Tralee to Liverpool, most of which were carrying grain. In the same period, six vessels sailed from Kilrush in County Clare (which suffered acutely during the Famine) to Glasgow carrying a total of 6,624 barrels of oats.’

‘The export of livestock to Britain (with the exception of pigs) also increased during the Famine. Whilst the export of pigs decreased, the export of bacon and ham increased. In total, over three million live animals were exported between 1846-50, more than the number of people who emigrated during the Famine years. In 1847, 9,992 calves were exported from Ireland to Britain, which represented a thirty-three per cent increase on exports on the previous year.

‘A wide variety of other foodstuffs left Ireland apart from livestock—vegetables and pulses (particularly peas, beans, and onions), dairy products, fish (especially salmon, oysters and herrings) and even rabbits, In February 1847, 377 boxes of ‘fish and eggs’ and 383 boxes of fish were imported into Bristol alone. The butter export trade was particularly buoyant. In the first week of 1847, for example, 4,455 firkins (a firkin equals nine gallons) were exported from Ireland to Liverpool. In the following week this had risen to 4,691 firkins. Large quantities of butter were exported from Cork to all parts of Britain. For example, in the first nine months of 1847, 56,557 firkins of butter were exported to Bristol and 34,852 firkins to Liverpool. During the same time period, 3,435 poultry were exported to Liverpool and 2,375 to Bristol.’

I believe it is important to point out (stress) that many, if not most, of the convoys of wagons loaded with food headed to the Irish ports of demarcation were under the protection of armed English troops. It is estimated England deployed to Ireland some 67 military regiments for this dastardly purpose during the, so called, Famine years.

Coming back to Economist, Historian and Professor Emeritus of Economics at UCD. Cormac O’Grada notes in his book The Great Irish Famine more than 26 million bushels of grain were exported from Ireland to England in 1845…a Famine year!

As Michael Davitt, the “Father of the Land League,’ was to wright in an early chapter of “the Fall of Feudalism In Ireland” (“The Great Famine and the Young Irelanders”):

“There is possibly no chapter in the wide records of human suffering and wrong so full of shame—measureless, unadulterated, sickening shame—as that which tells us of (it is estimated) a million people—including presumably, two hundred thousand adult men—lying down to die in a land out of which forty-five millions’ worth of food was being exported, in one year alone, for rent—the product of their own toil—and making no effort, combined or otherwise, to assert even the animal’s right of existence—the right to live by the necessities of nature. It stands unparalleled in human history—in the face of an artificial famine.”

John Mitchell, the Young Ireland leader, would state “God sent the potato blight but the English created the Famine.”

With all the indisputable evidence now available demonstrating there was NO FAMINE in Ireland during the years noted can certainly, and legitimately,  raise the question was the Famine Genocide?

In legal terms “Genocide” is said to have occurred with the “deliberate killing of a large group of people, especially those of a particular ethnic or national, racial, or religious group in whole or in part,”

Tim Pat Coogan makes the case in his book The Famine Plot: England’s Role in Ireland’s Greatest Tragedy that the Irish Famine was a deliberate act of genocide. “By 1851, Coogan writes, “the population of the country (had) been reduced by death and emigration from 8,175,000 to 6,552,000.”The country was changed. The changes were deep and sustained, and are felt to this day. Ireland’s population is smaller now than it was in 1845.

Richard L. Rubenstein, in has book, The Age of cost of Triage: Fear And Hope In An Overcrowded World writes “A government is as responsible for a genocidal policy when its officials accept mass death as the necessary cost of implementing their policies as when they pursue genocide as an end in itself.’

What disturbs me greatly is when I think of the more than one million lives that were knowingly, wantonly, callously, cruely, wrongly, and inhumanly exterminated by England’s calculated political policies and human indifference and when I reflect upon the generations upon generations of Irish families that do not now exist because of “Gentleman’s Genocide.”

I would request that, in the future, when one hears or reads the words “Irish Famine” you politely correct the speaker or writer, be they a well- known professor of history or governmental executive, and suggest they use the more historically correct phrase/description…

“An Gorta Mor” (The Great Hunger).

Ancient Order of Hibernians in America 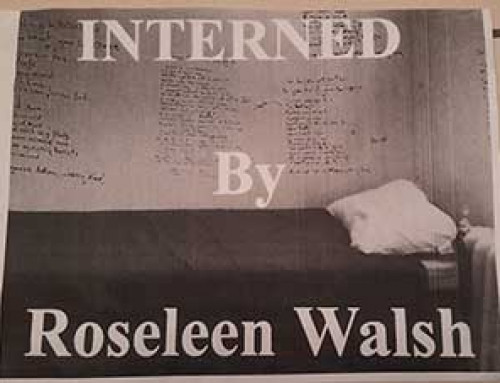 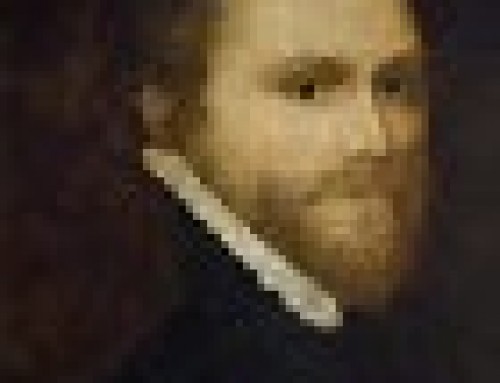 The Clifford Household during the Wars of the Roses 1450-87″