Member Nick Folley has sent in the following pics – all comments welcome. Thanks again, Nick.

I have attached some pics that you asked me for at the last Irish Volunteers talk (about the Truce). I sent them previously, but you said you couldn’t open them, so hopefully these versions will work. I took these from my late mother’s photo album. One shows a group of three unknown Volunteers, but there are names are on the back of the postcard, it might be the same men as in the picture. The other photo is of the ambush memorial at Leemount Cross, Cork which was set up to remember Sec. Comm Murphy who was shot by Free State troops in 1922. It was later replaced by a stone cross which is still there. I think this photo dates from the 1940s or 1950s. The stone cross might have been put up in 1966 during the jubilee year. 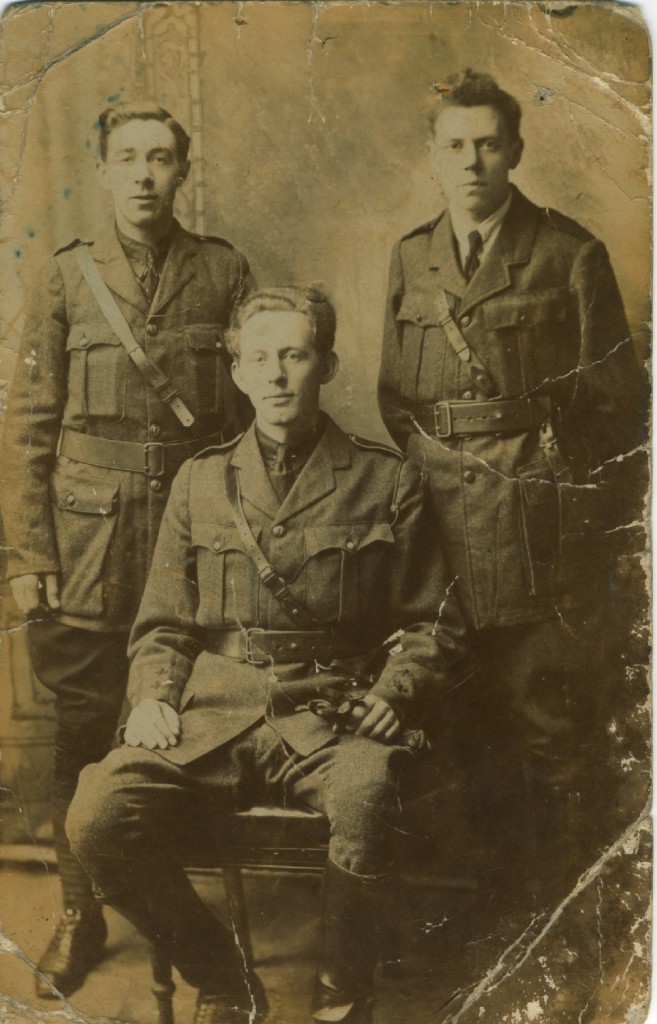 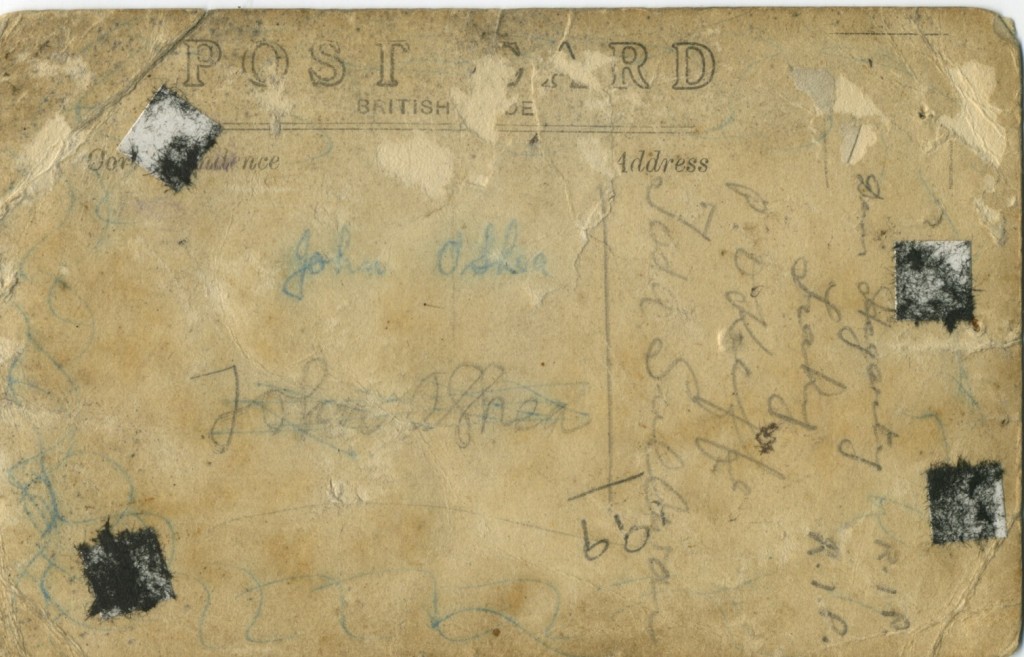 Reverse of the above card/photo, note the names and the R.I.P. after them, does anybody know who they were? 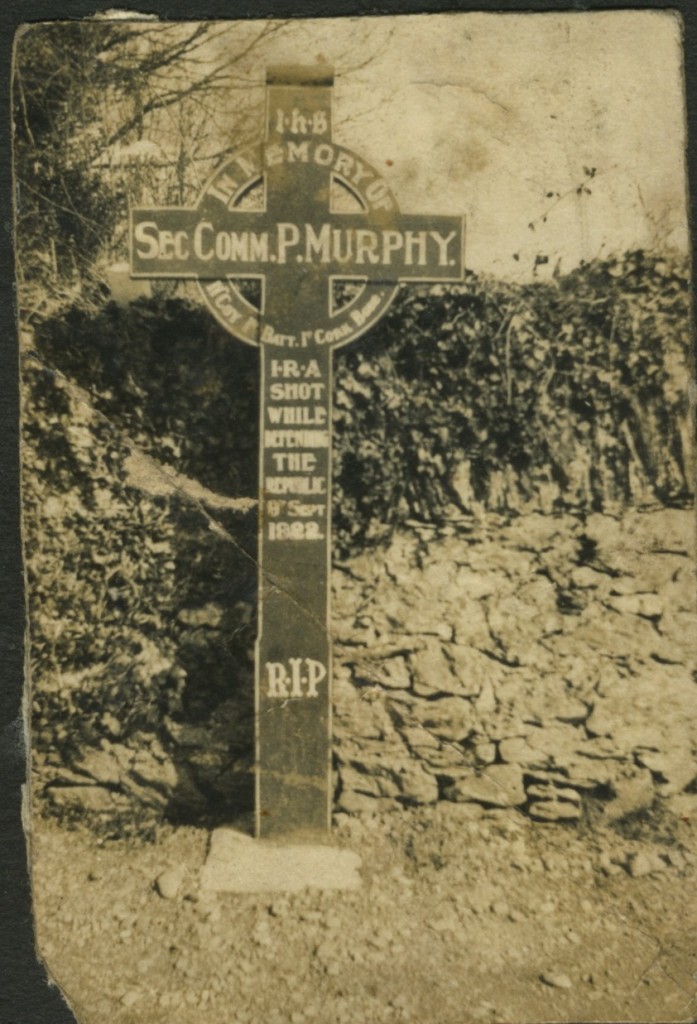