A statement to the press on June 17th, 1914 from the eight members of the provisional committee of the Irish Volunteers (one of whom was my great-grandfather) who opposed the acceptance of John Redmond’s twenty five nominees on the governing committee of the Volunteers.

Redmonds proposal was his attempt to take control of the organisation and while it was accepted, the strains and tension had been put in motion and it was not long until the split occurred on Thursday, September 24th following Redmond’s fateful speech at Woodenbridge in Wicklow a few days previously (20th September), where he called upon all available Irishmen (including all Volunteers) to enlist in the British army and participate in the war which had just begun. This was a step too far for the Volunteers and they issued a statement asserting that Redmond and his nominees were no longer entitled to any place in the Irish Volunteers. Those twenty five nominees and any other supporters of Redmond would now cease to belong to the Irish Volunteers. The committee would now consist of those who were members prior to the addition of his candidates. 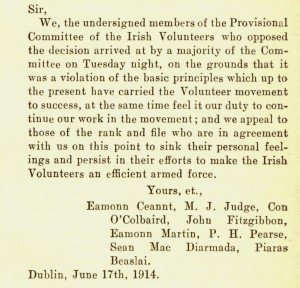 THE CONSTITUTION OF THE IRISH VOLUNTEERS 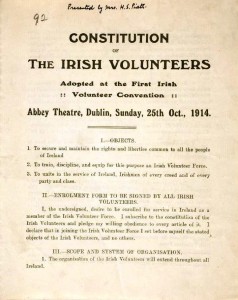 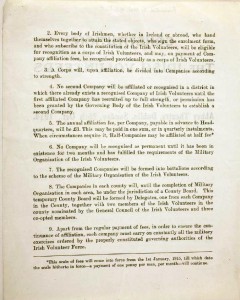 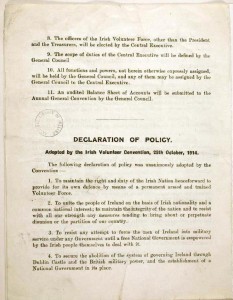 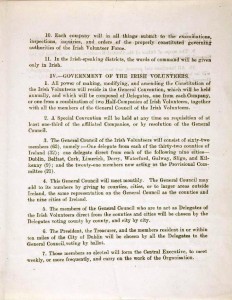