Martin Corry Cork No. 1 Brigade of the Irish Republican Army

Martin Corry Cork No. 1 Brigade of the Irish Republican Army

Martin John Corry (12 December 1890 – 14 February 1979) was a farmer and long-serving backbench Teachta Dala (TD) for Fianna Fáil. He represented various County Cork constituencies covering his farm nearGlounthaune, east of Cork city. He was a founder member of Fianna Fáil in 1926, and among its first TDs after the June 1927 general election. He was returned at every election until he stood down at the 1969 election. Corry was active in farming issues, serving as Chairman of the Beet Growers’ Association in the 1950s. In 1966, upon the resignation of Seán Lemass as Fianna Fáil leader and Taoiseach, Corry was among the Munster-based TDs who approached Jack Lynch to be a compromise candidate for the party leadership. 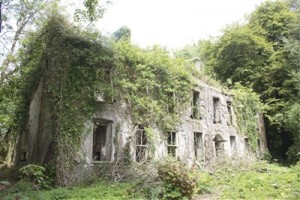 Corry was a senior member of the Cork No. 1 Brigade of the Irish Republican Army during the Irish War of Independence (1919–21). He took the anti-Treaty side in the Civil War (1922–23). In 2007, it was reported that Corry’s farm had been the suspected site of the execution and burial place of several people considered to be pro-British agents, spies, or informers. Among these was Michael Williams, an ex-Royal Irish Constabulary officer abducted by the IRA “Irregulars” on 15 June, 1922 for his alleged role in the shooting dead in 1920 of Tomás Mac Curtain, the Sinn Féin Lord Mayor of Cork. Gerard Murphy’s 2010 book The Year of Disappearances:Political Killings in Cork 1920–1923 claims Corry personally killed about 35 forcibly disappeared civilians, from a total of 73 in the Cork area of whom 26 were abducted after the June 1921 ceasefire.Murphy presents the Cork IRA’s targeting of Protestants, and particular suspicion of members of the YMCA, Boy Scouts, and Methodist community, as amounting to ethnic cleansing. Senior IRA commanders including Ernie O’Malley, Richard Mulcahy, Liam Lynch and Sean Moylan, attempted to curb the excesses of the Cork IRA, with mixed success. In later years, rumours of Corry’s activities persisted.

It has to be said that Murphy’s book was condemned by many as inaccurate and that in general it was flawed. Padraig O’Ruairc says ” Questions need to be asked about the reliability of Murphy’s research.” The flaws in Murphy’s work are often evident only when his original source material is examined. If Murphy can not accurately transcribe either the handwritten or typed documents he uses as evidence, then the claim that his book is a work of historical fact based around these documents is seriously questionable.”

Dáil career
In a Dáil career of over forty years, Corry generally restricted himself to speaking on local issues affecting his constituents. In 1953, Corry lobbied unsuccessfully for the Faber-Castell factory planned for Fermoy to be relocated further south in his territory, to the chagrin of party colleagues in Fermoy.

Corry was a staunch advocate of Irish republicanism, strongly opposed to Partition, antipathetic to the United Kingdom, and sometimes bluntly outspoken within the chamber. In 1928, he criticised the Cumann na nGaedheal government’s expenditure on the diplomatic corps, stating “These salaries of £1,500 have to be paid so that they might squat like the nigger when he put on the black silk hat and the swallow-tail coat and went out and said he was an English gentleman.” His opposition to the Blueshirts in the early 1930s provoked an attempt to burn down his house. In the 1938 debate on the Anglo-Irish Trade Agreement which ceded the Treaty Ports to the Irish state, Corry expressed regret that Northern Ireland remained excluded, suggesting “I personally am in favour of storing up sufficient poison gas, so that when you get the wind in the right direction you can start at the Border and let it travel, and follow it.” In a 1942 debate on exporting food to Great Britain during World War II, Corry remarked about food shortages there that “They have no more rabbits to get, and now they are on the crows”, and “I would not like to see too many crows going out to feed them. I think the crows are too good for them”. Patrick Giles called Corry a “bounder”, and Alfred Byrne persisted in demanding an apology for the “unchristian” comments to the point of himself being suspended from the chamber.

According to Dan Keating, Corry led a group of TDs who persuaded Taoiseach Éamon de Valera to exercise clemency when Tomás Óg Mac Curtain sentenced to death in 1940 for shooting dead a Garda. Tomás Óg was an IRA member and the son of the murdered 1920 Lord Mayor.

“It is with some relish he recounts the story of Dev’s attempt in the 1940s to execute the son of Tomás Mac Curtain, the former Lord Mayor of Cork, murdered by British forces in 1920. Mac Curtain had shot a policeman in Patrick Street in Cork City some months earlier and Dev was determined to hang him.

“But, according to Dan, he hadn’t reckoned on Martin Corry, an East Cork Fianna Fáil TD and former soldier in the Troubles. Corry gathered together a group of like minded TDs and they marched into Dev’s office, without knocking, and told Dev in very unparliamentary language that if Mac Curtain was hung, they would resign their seats and stand as independents.

Dev, with a majority of two seats in the Dáil, had to back down and Mac Curtain was reprieved. Dev, however, soon had his revenge by engineering Corry’s electoral defeat. “But Corry was soon re-elected. The people of East Cork respected him. He was a great man, Martin Corry”, says Dan.”(an RSF interview with Dan Keating)

In 1948 and again in 1950, Corry proposed a Private Member’s Bill to allow less restricted Sunday opening of public houses in rural areas, arguing the existing licensing law was widely flouted. The bill was withdrawn after ministerial assurance of an imminent Government-sponsored licensing bill (which did not materialise) and in the face of public condemnation from members of the Catholic hierarchy.

County councillor
Corry was a member of Cork County Council, representing the Cobh electoral area, from 1924 till after 1970. He often clashed with Philip Monahan, the first county manager. Corry regarded the ability of the manager, an appointed bureaucrat, to overrule the elected Council as an affront to democracy, “the tail wagging the dog”,reducing councillors to being “a cloak for his dictatorship”. Corry was Chairman of the Council (a position later retitled Mayor) for four years in the 1960s: 1962/3, 1964/5, 1967/8, and 1968/9. In this role in 1968 he inaugurated Cork County Hall, the tallest building in the Republic of Ireland.
Corry did not stand in the June 1969 general election.

In November 1969, Corry was appointed a director of Comhlucht Siúicre Éireann Teoranta, the national sugar company, which was then a state-sponsored body.