Irish Volunteer Commemoration Organisation member John Sweeney along with other members were recently at the memorial and laid a wreath on behalf of the Irish Volunteers Commemorative Organisation ,,John has only recently returned from the middle east and made a special journey before he departs again,well done John and the others.The 100.th anniversary of the founding of the Irish Volunteers is next year,2013,and it is from the volunteers of 1913 that the Irish defence forces have their roots.
The memorial is in Merrion square park,Dublin.The memorial designed and created by the artist Brian King.
The Memorial depicts members of the four component parts of Óglaigh na hÉireann: Army, Navy, Air Corps and Reserve cast in bronze standing guard over an eternal flame that emanates from the Defence Forces Badge at the centre of the structure. The Memorial is pyramid shape made primarily of granite slabs resting on a steel frame with glass panels. The whole edifice is set in a quiet area of Archbishop Ryan Park, Merrion Square West, Dublin 2. 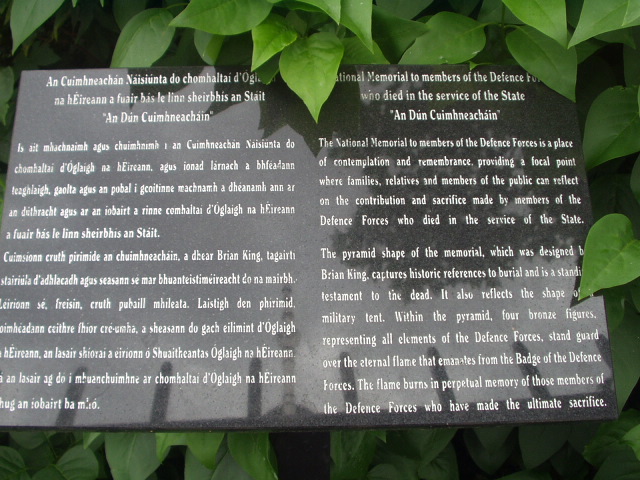 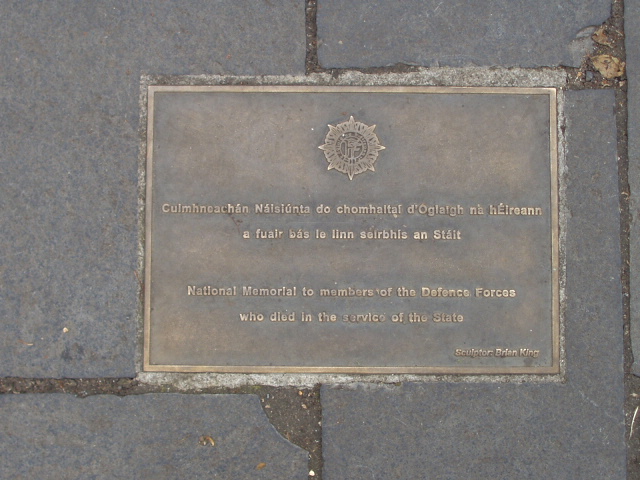 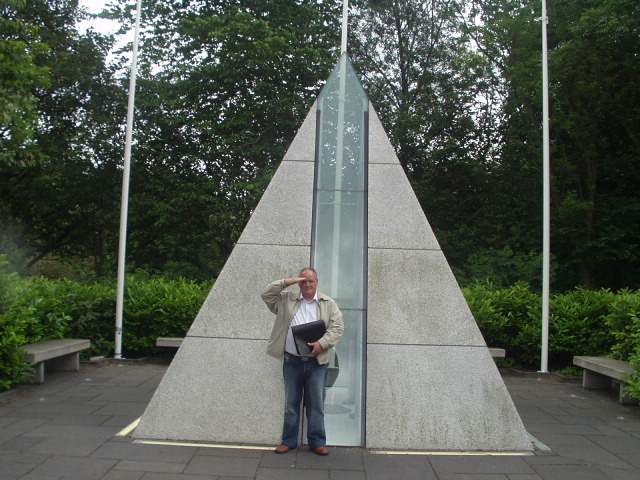 John at the memorial 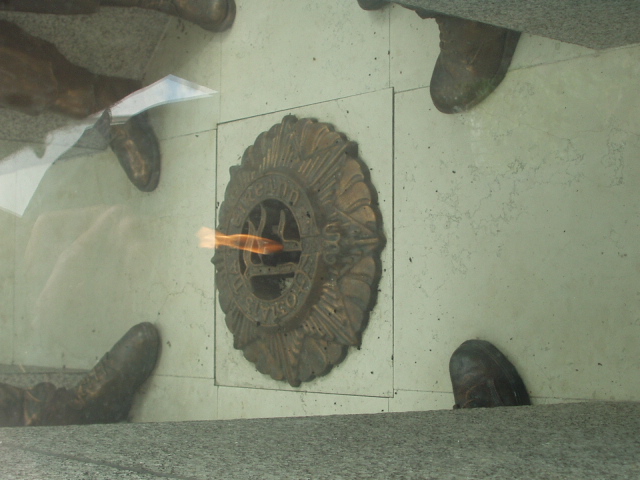 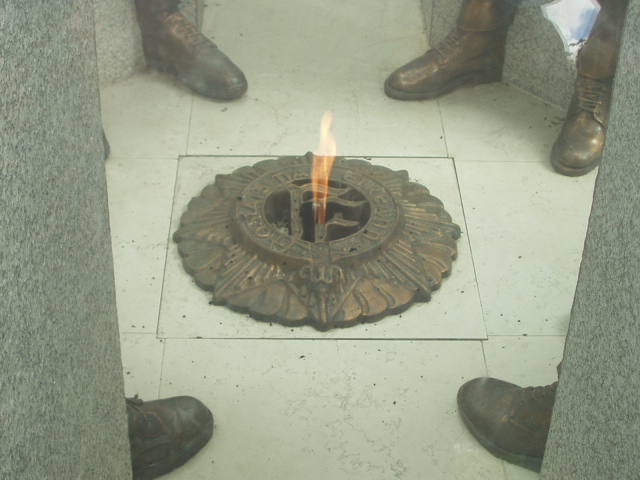 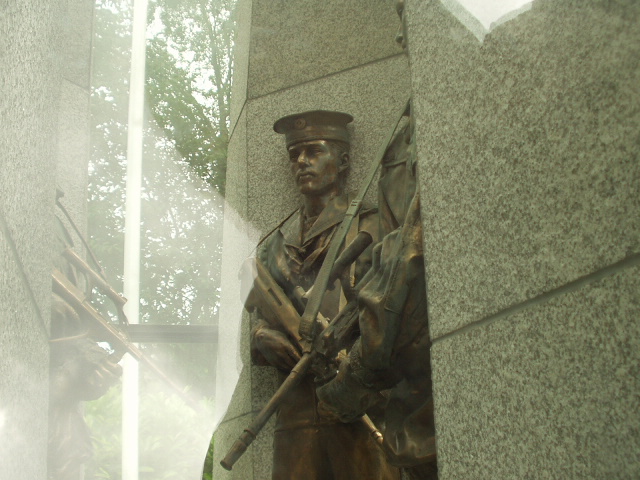 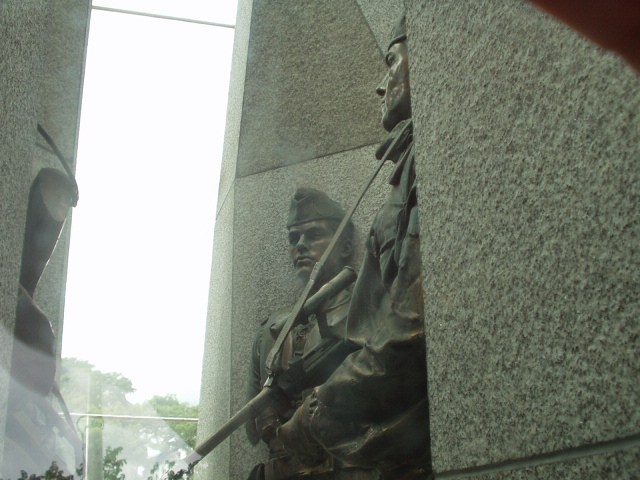 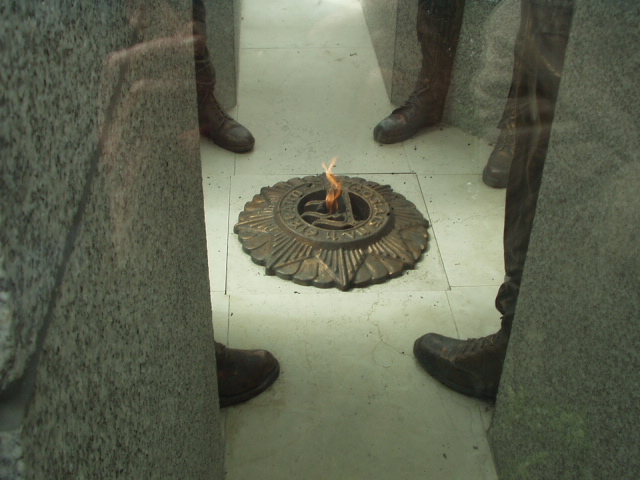 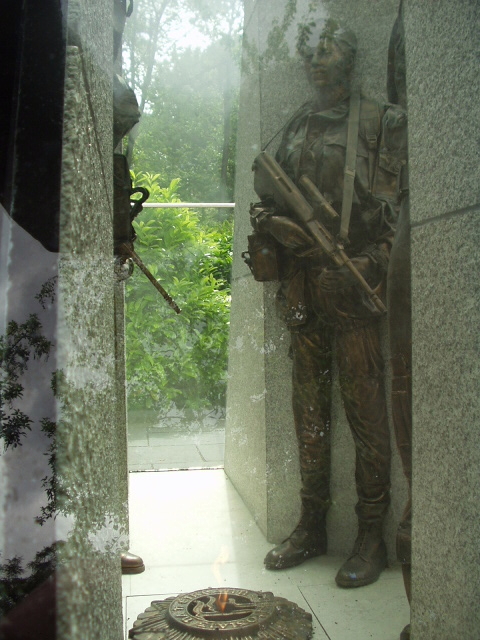 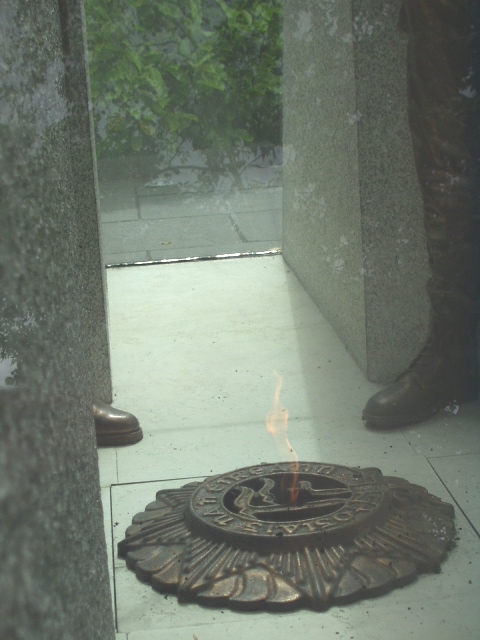