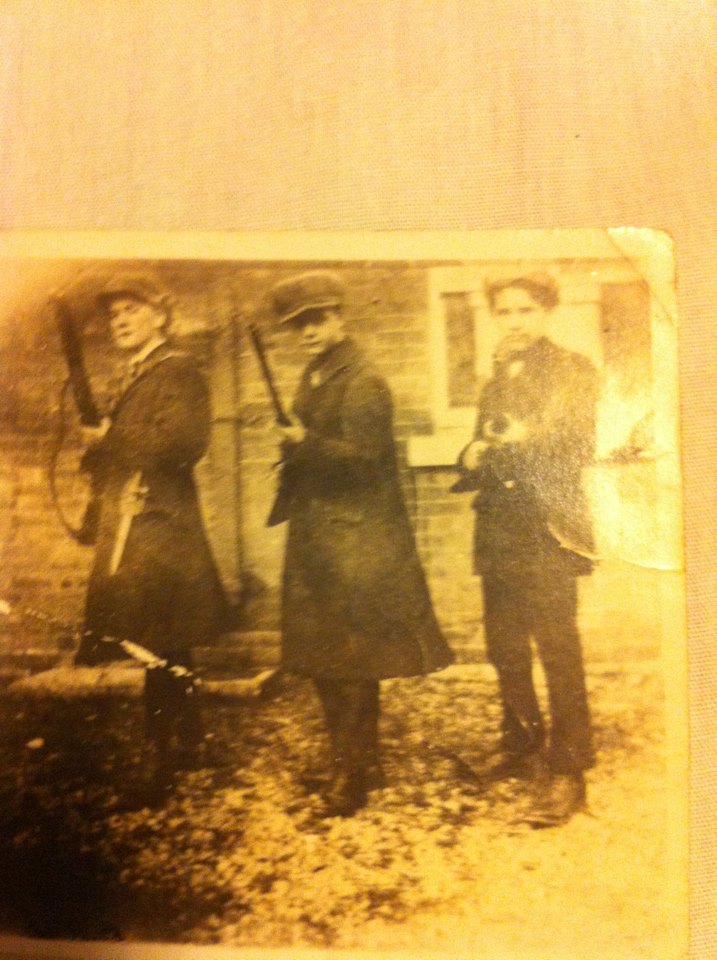 A pic of my paternal grandfather (tullamore, offaly) in uniform with two others, all with rifles, can you help me with history of pic? He died in the states in 1976; born Tullamore 1905

Michael O’Brien, Tullamore, Offaly, b: 1905; emigrated in 1926 and again in 1934 after living in Dublin for a year or two. I just learned he was in the habit of saying that he rode a motorcycle for Michael Collins. Additionally, his Petition for Naturalization is the only record where he makes mention of a birth place: Tullamore, Ireland. On a passenger list as well as the U.S. 1930 and 1940 Census he says his mother tongue is Irish and his country of origin is “Irish Free State”. My father died in 1985, and his siblings have passed too. My mother now shares the Irish phrases my grandfather spoke, another indication of his fierce and admirable republicanism.

I am a MA student in Irish Studies at New York University, and am doing research for potential thesis. The historiography as told by the Anglicans is inaccurate, and if my grandfather participated in the War of Independence as a volunteer, I would like to weave his story into my research.

Thank you for your help,
Ellen O’Brien Kelly
IF ANYBODY HAS ANY INFORMATION PLEASE CONTACT US AT info@irishvolunteers.org