Many thanks to member Philip O’Connor who has sent in the images and information below. A fantastic article and very important part of Irish History, thanks for sharing them Philip.

It is a notebook kept by Edward Cornelius Starr (Éamon Ó Réalt) of the Belfast IRA which includes signatures of famous prisoners taken in Moungtjoy Jail at the height of the “Civil War”.

The notebook is in the possession of my next door neighbour, whose mother’s people were the Starrs of Belfast, a republican family very involved in the War of Independence, the Civil War and later struggles.

The notebook also includes a memorium card (with photo) for Capt. Patrick Starr (a brother?), killed in action on 1st May 192(3)  (aged 21) at Shraherloe in Co. Cork,(INFORMATION NEEDED ON Capt. Patrick Starr IS REQUIRED IF ANY READERS COULD HELP) a stirring dedication from Daniel Kane, a later signature (1945) of Erskine Childers, and a few other notes.

DO ANY OF THE READERS HAVE INFORMATION ON THE DETAILS BELOW?
Have you any suggestions where I might find out the circumstances in which Capt. Patrick Starr was killed in Cork?
mise le meas
Philip O’Connor 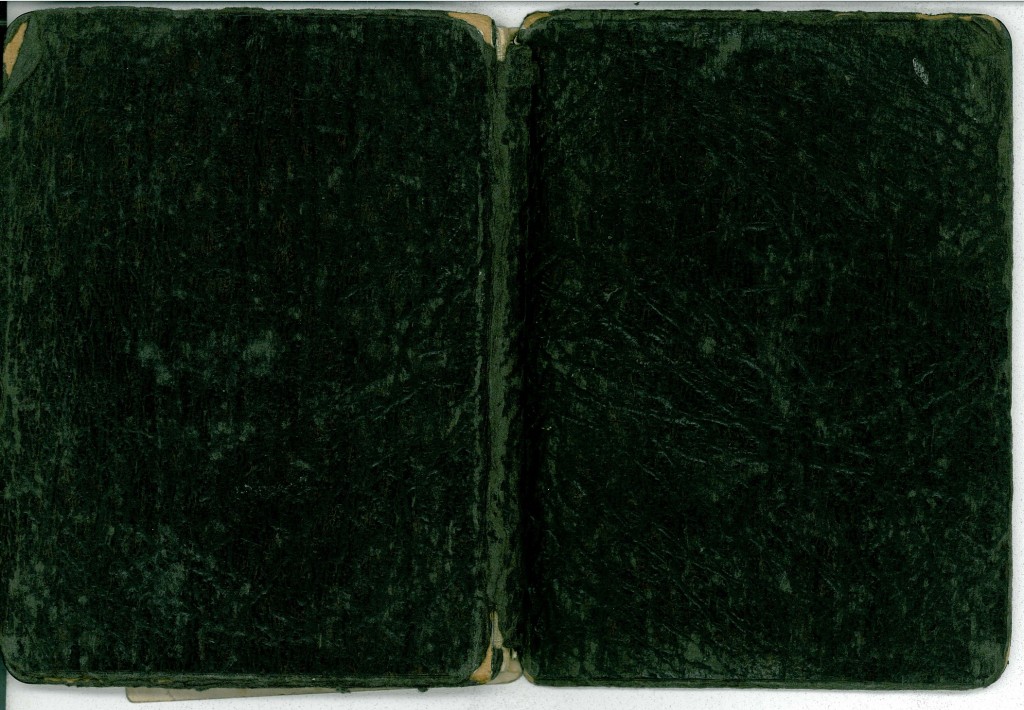 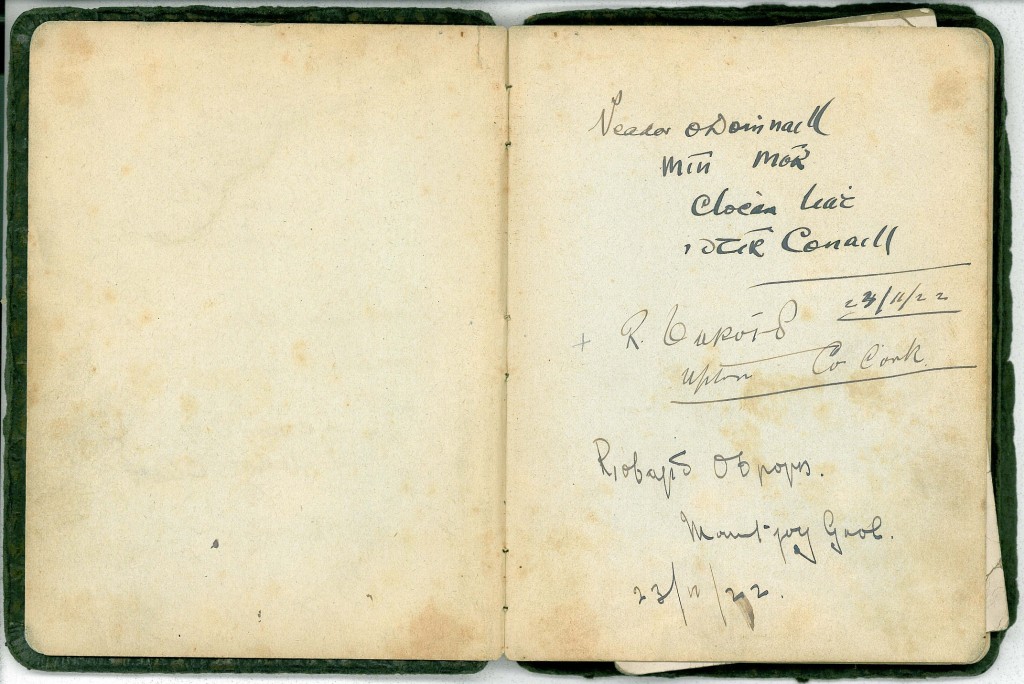 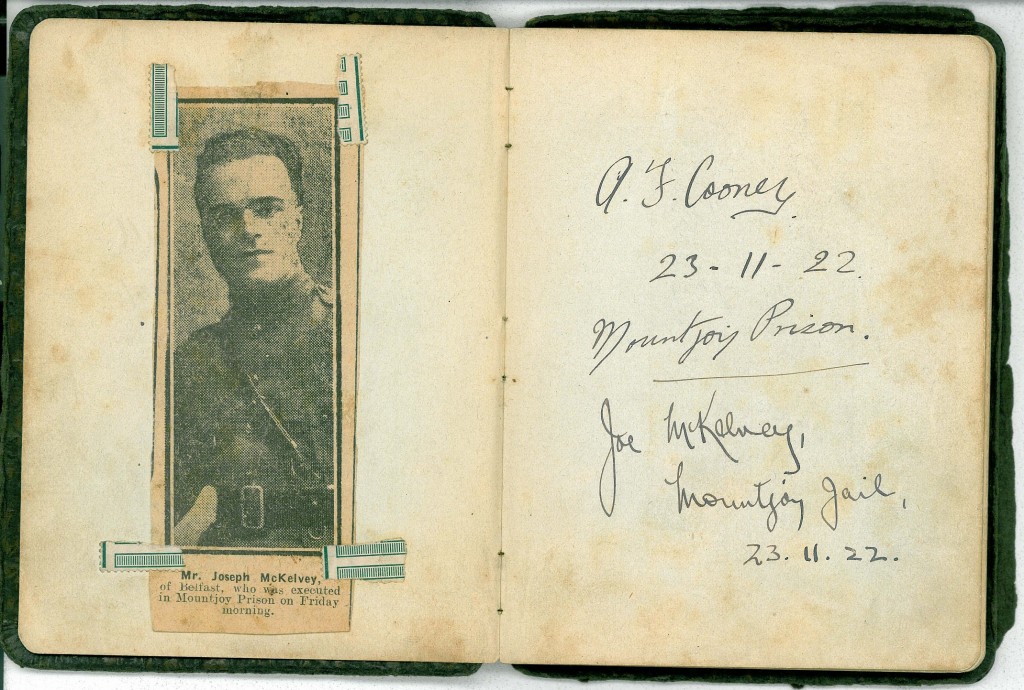 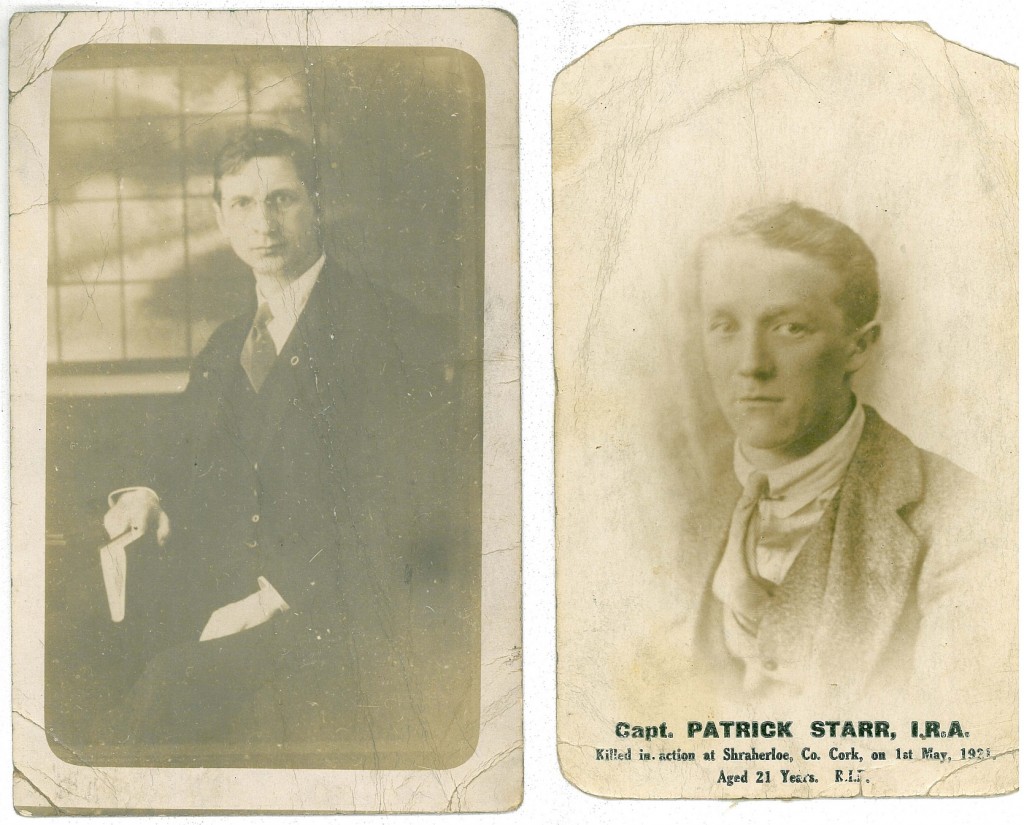 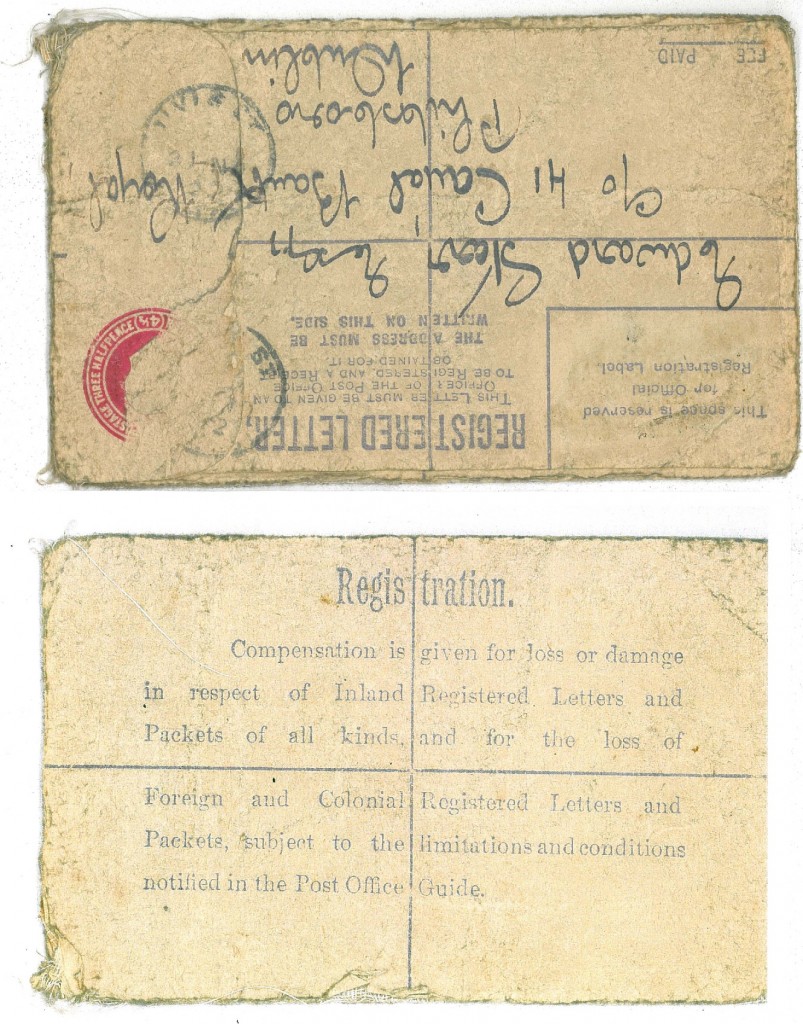 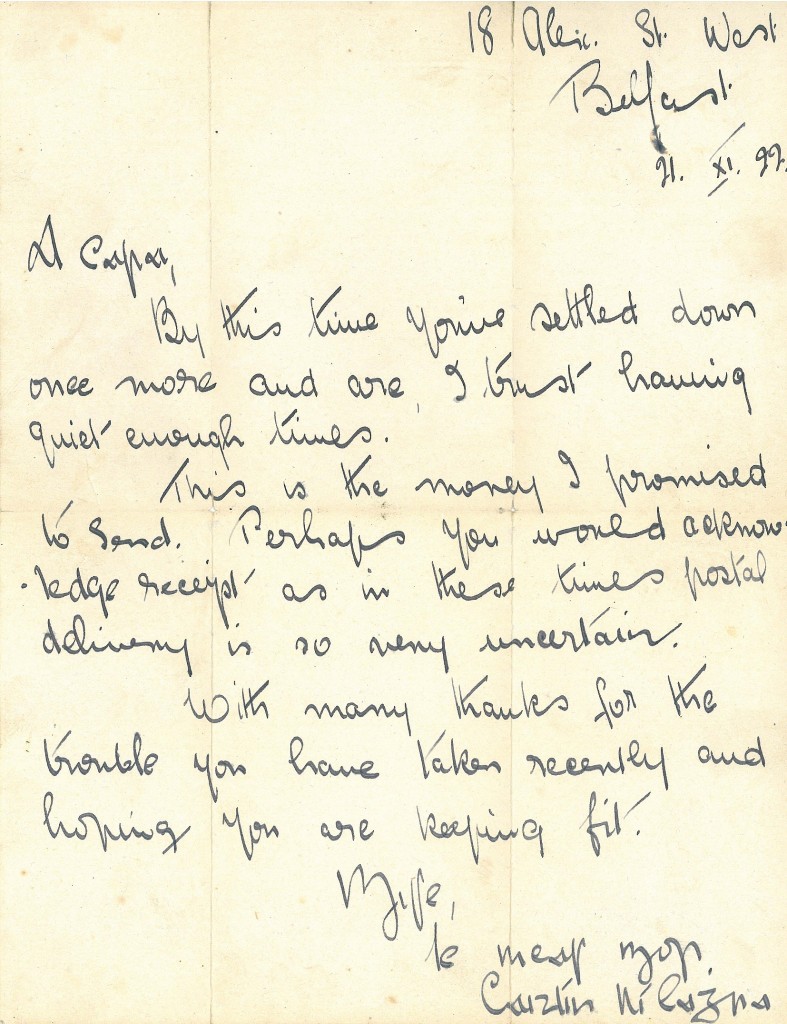 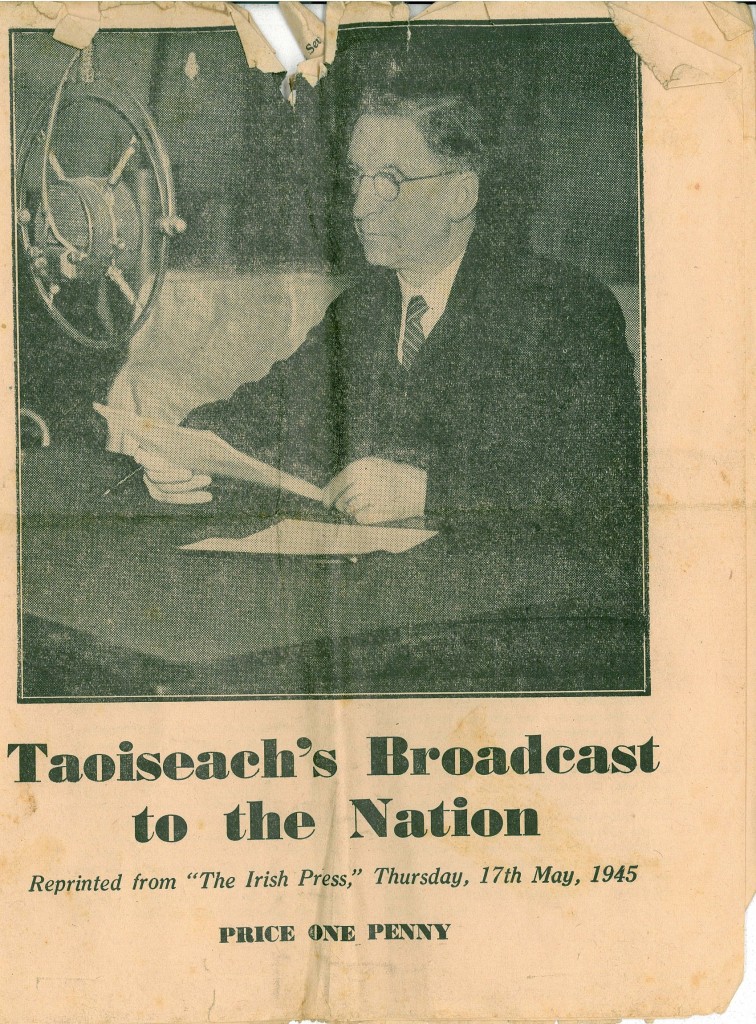 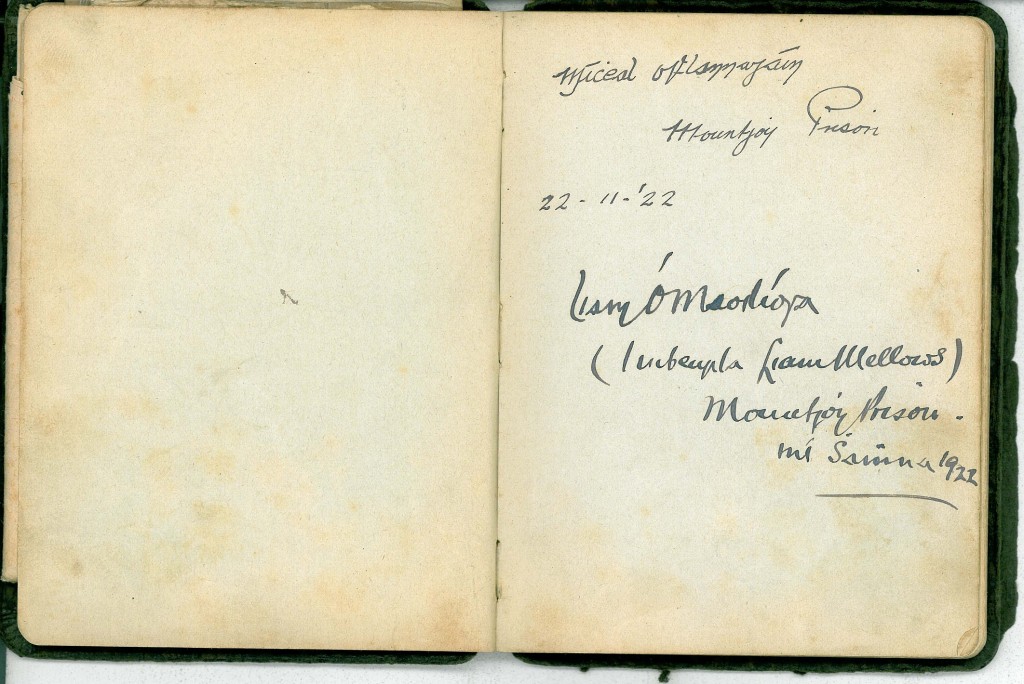 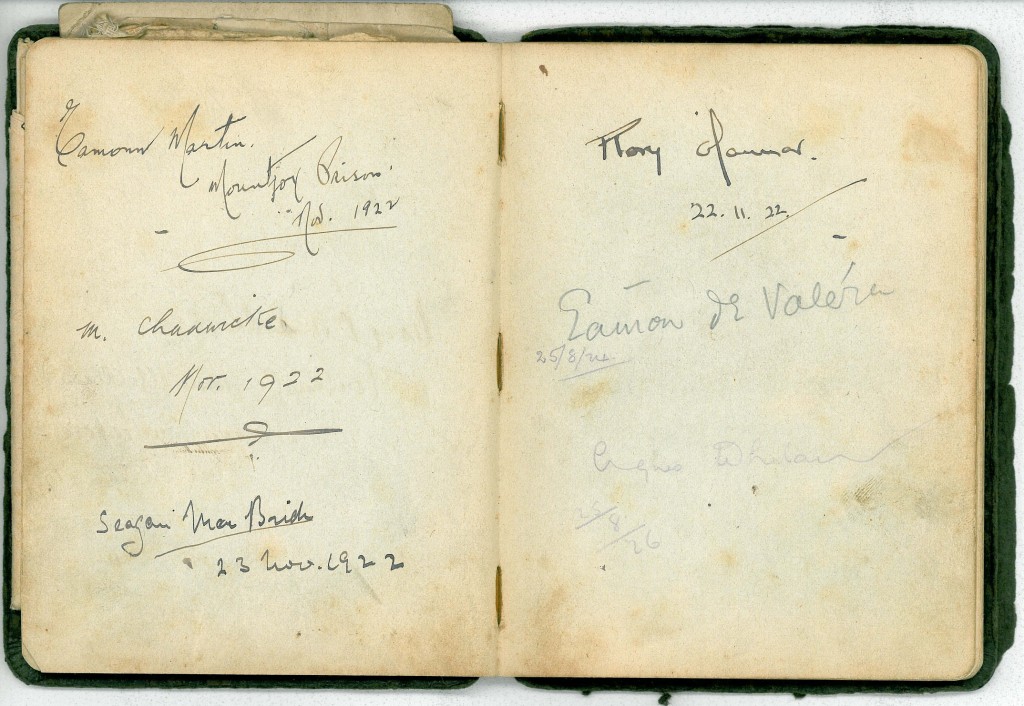 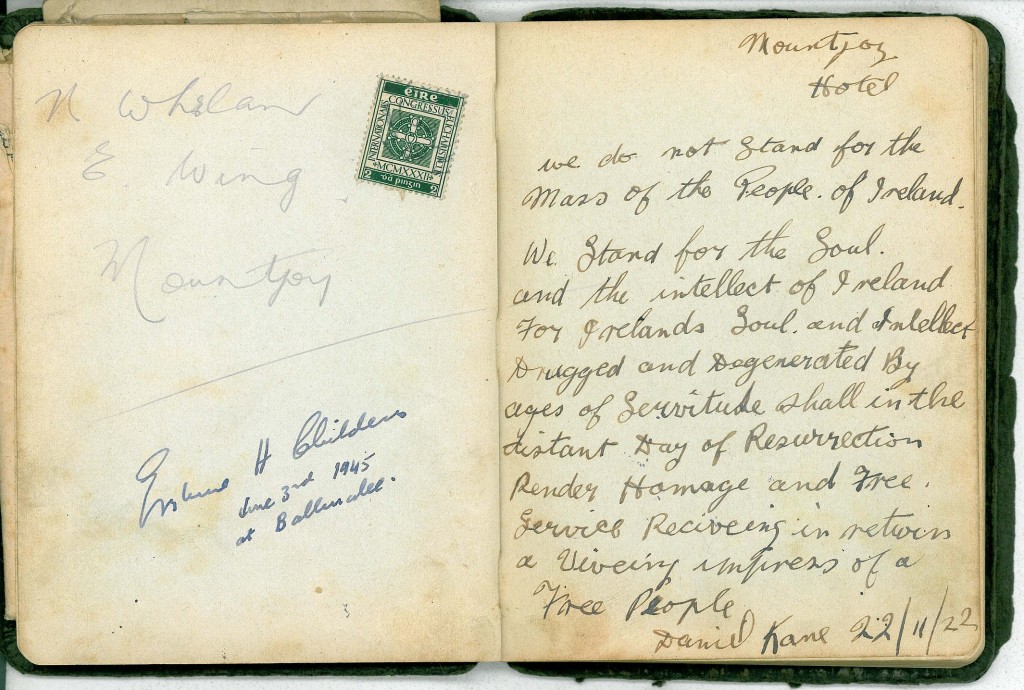 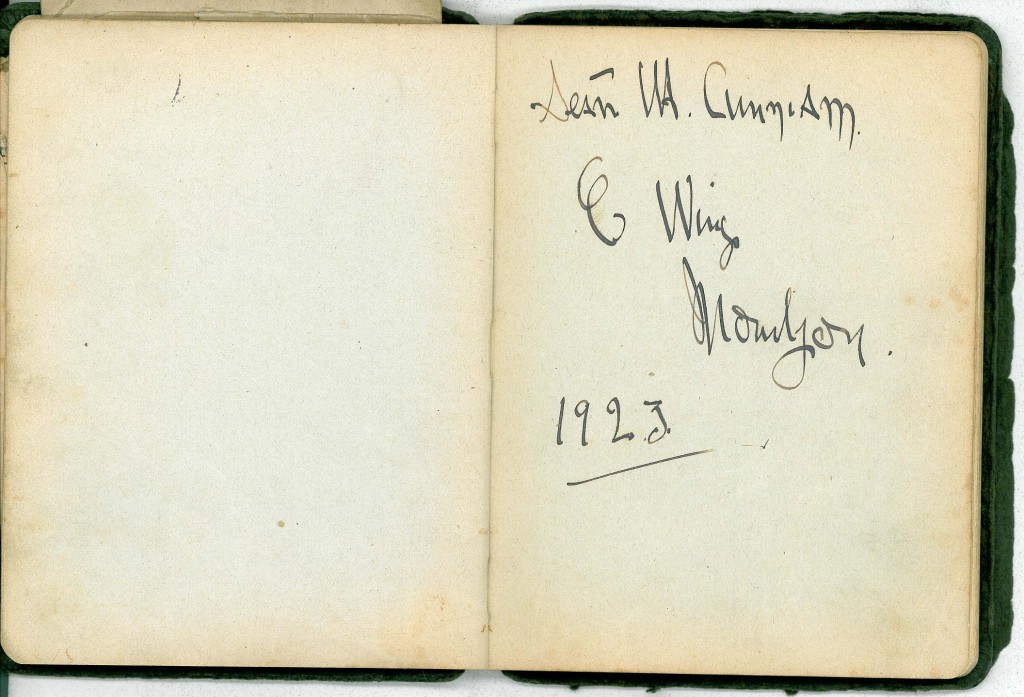 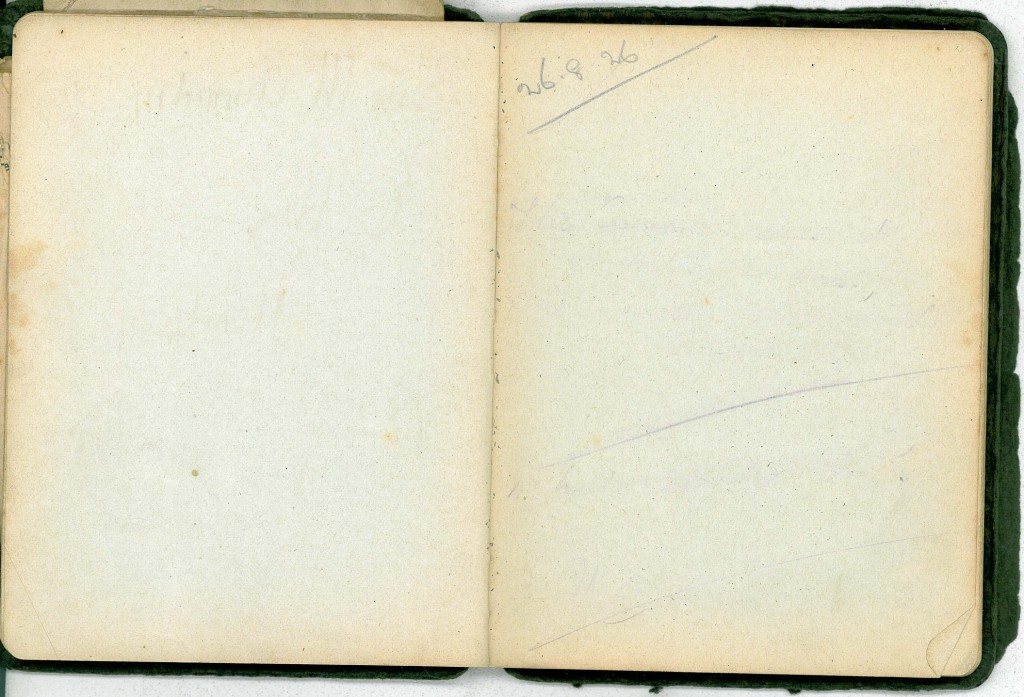 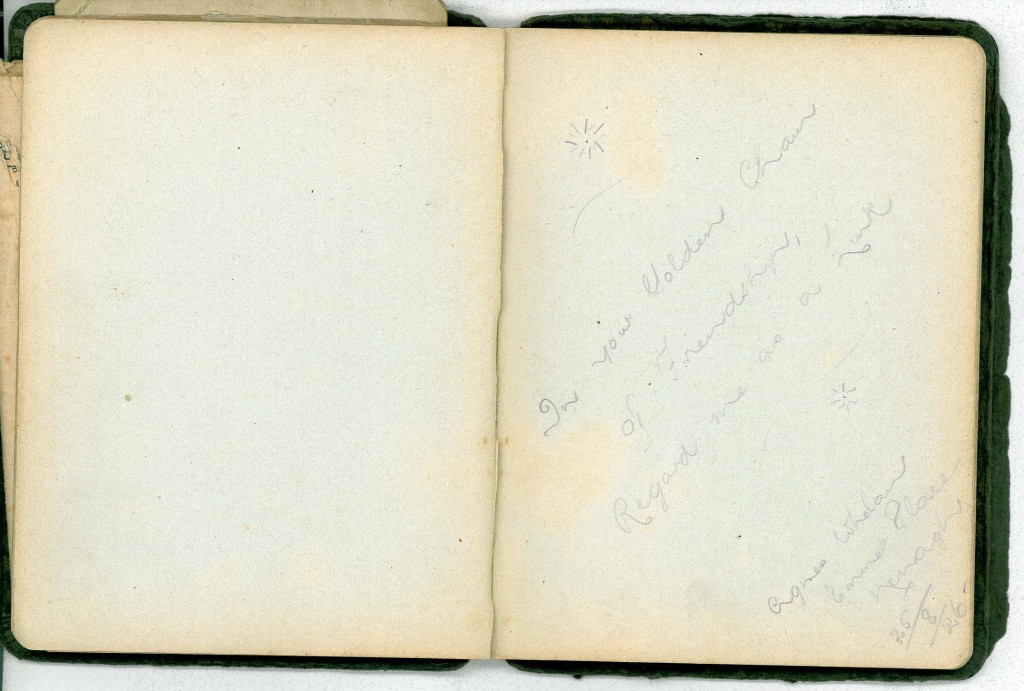 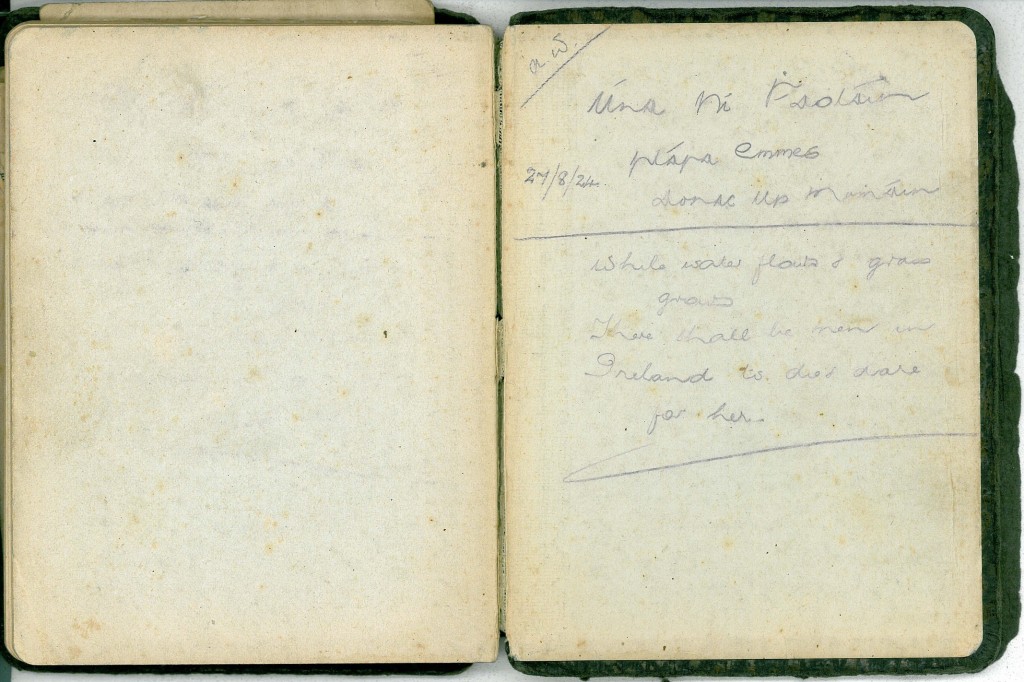