To mark the centenary of the founding of Cumann na mBan, the Irish Heritage Foundation in Glasgow, hosted a talk by the historian Stephen Coyle on April 24, entitled No Ordinary Women – The Untold Story of Cumann na mBan in Scotland, to a large audience from the local Irish community. 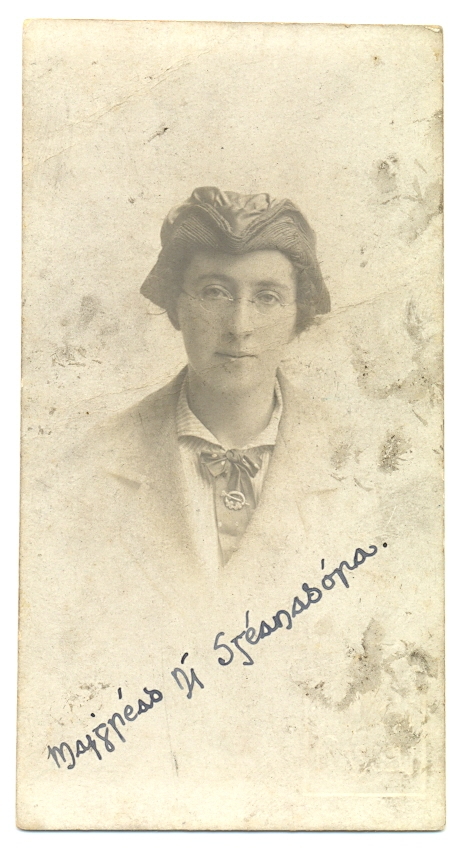 Stephen noted that in the months immediately preceding the Easter Rising, the Anne Devlin branch of Cumann na mBan travelled constantly from Glasgow to Dublin with guns and ammunition. Two of these women were Captain Margaret Skinnider and a woman who is named only as Miss O’Neill. Lizzie Moran, the dressmaker, made waistcoats and jackets with hidden pockets for carrying guns and ammunition unobtrusively. Glasgow Cumann na mBan sent a contingent to Dublin for the Rising and Margaret Skinnider who was a sharpshooter, attached herself to the Irish Citizen Army so that she could engage in physical combat. Mentioned in dispatches for her bravery, she was seriously wounded after being shot three times and spent seven weeks recovering in hospital.

In 1917 Cumann na mBan in Glasgow was reorganised under their Commanding Officer Sara O’Kane, who was also the first woman in Scotland to join Sinn Fein. The Anne Devlin branch (Central) was joined by the Betsy Gray and Eithne Carberry branches which were attached to B and C Companies of the Irish Volunteers in the city. Their membership was overwhelmingly young and unmarried and a large number of them were schoolteachers. The Anne Devlin branch organised routine drilling, First Aid classes, as well as ceilidhs and concerts to raise funds for the purchasing of arms and munitions.

After guerrilla warfare broke out in January 1919 the acquisition of explosives, guns and munitions took on a new urgency. According to Margaret Skinnider, Cumann na mBan in Glasgow worked more closely with the IRA than was the case in Ireland. She states: “we took part in nearly all their raids for arms, and we had the storing and removing of explosives, etc. Anything they were on, we took part in all of them, including raids on collieries”. In 1920 Cumann na mBan had 14 active branches in Scotland.

After the Treaty of Surrender four members of Cumann na mBan joined their comrades in an IRA expeditionary force led by Seamus Reader, that crossed to Dublin to defend the Republic in July 1922 from the Free State counter revolution.  Their names were Annie Mooney, Pidge Duggan, Mollie Duffy and Nellie Hoy. They carried small arms and ammunition with them. When they arrived Margaret Skinnider was there to meet them with a Red Cross ambulance that she used as a cover for her activities. They made for the Republican posts at the Gresham and Hammond Hotels in Sackville Street before they were evacuated due to the fall of Dublin.

On one occasion, when Pidge Duggan and Lizzie Morrin arrived from Glasgow to a safe house in Dublin, they were detained by Free State soldiers. The military were looking for Joseph Robinson, the head of the IRA in Scotland, and they knew that he was Pidge’s fiancé. They tried all kinds of tactics to find out information on Joe’s movements, including bringing the girls up to the Dublin mountains and threatening to shoot them. Three times they stopped the lorry, got out their guns, made the girls kneel, and advised them to say their prayers, telling them they would shoot them on the count of ten. Eventually they dragged Pidge and Lizzie to their feet and threw them up on the lorry. The women were imprisoned for a couple of hours and then brought to a boat that was sailing for Glasgow that night. They were warned not to return to Ireland, under pain of death. The two ladies arrived home, slept for a few hours, got up, packed their waistcoats with guns and were back again in Dublin the following evening.

In March 1923, the British authorities arrested 110 Republican activists in Scotland and England in an effort to shut down their activities. They were illegally deported to Ireland and handed over to Free State soldiers who interned them in Dublin’s Mountjoy Jail.  Of the 38 arrested in Scotland, four of them were members of the Anne Devlin branch of Cumann na mBan. Following a wave of protests, including questions in the British House of Commons, the overseas prisoners were released.

Apart from being a vital source of arms and ammunition for the Republican Forces, Glasgow became the headquarters of the Republican publicity machine after the fall of Dublin. Members of the Anne Devlin branch in Glasgow edited and proof read the newspaper Eire, which was printed in Glasgow in 1923 by the socialist press and taken to Ireland for distribution by members of Cumann na mBan. The Free State authorities quickly put the paper on its list of proscribed material and anyone found in possession of a copy faced internment.

Stephen Coyle concluded his talk by stating of Cumann na mBan in Scotland: “Their sacrifices in defence of the All-Ireland Republic were legion and the strength needed both in mind and body was truly Herculean. These courageous revolutionary women are an inspiration to all of us.”