Monument – Erected by former comrades of Sean Hales. He was the O.C. Bandon Battalion of the IRA 1918-21, a TD in South Cork1921-22 and Brig General in the New Free State Army 1922. Another memorial once stood at this site due to a dispute over a grave in Christchurch graveyard. This memorial was later re-erected on the original grave c1909. An outline of this memorial is carved into thetop of the stone tablet on the eastern wall of the bridge. 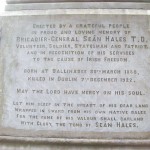 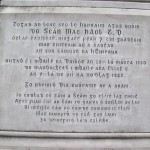 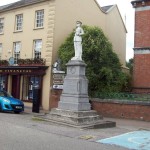