Seán Moylan (19 November 1888 – 16 November 1957) was a Commandant of the Irish Republican Army and later a Sinn Féin and Fianna Fáil politician. After the Irish War of Independence he also served under Taoiseach Éamon de Valera as Minister for Lands (1943–48), Minister for Education (1951–54) and Minister for Agriculture (1957).
Moylan was born in Kilmallock, County Limerick in 1888.

He was educated locally and was from a strong republican background which saw him join the Gaelic League and the Gaelic Athletic Association. He trained as a carpenter’s apprentice and worked in Dublin. In 1914 Moylan joined the Kilmallock company of the Irish Volunteers but left in 1914 when his apprenticeship finished and he moved to set up a business in Newmarket, County Cork. There he joined the local company of the Volunteers again.

Following reorganisation after the 1916 Easter Rising, Moylan was appointed Captain of the Newmarket Company. During the Irish War of Independence he was Commandant of the Cork No. 2 Battalion of the Irish Republican Army and led the Active Service Unit in North Cork during 1920. He had risen to the rank of Officer Commanding the Cork No. 2 Brigade when he was captured and interned in Spike Island in May 1921. Moylan was elected to Dáil Éireann, while in prison, as a Sinn Féin TD to the Second Dáil. He was released in August 1921 to attend the Dáil. Moylan opposed the Anglo-Irish Treaty and left the Dáil with the other Anti-Treaty deputies following its ratification.

Moylan fought on the Republican side in the Irish Civil War. The north and west Cork area proved to be some of the last areas to fall to the pro-Treaty forces. He was Director of Operations of the Anti-Treaty forces. In 1926 Moylan originally opposed the setting up of Fianna Fáil but joined the new party later that year. He was elected a Fianna Fáil TD for Cork North at the 1932 general election.He was appointed a Parliamentary Secretary in 1937. He was appointed to the Cabinet in 1943 as Minister for Lands. Moylan remained in this office until 1948 when the party went into opposition. He served as Minister for Education from 1951 until 1954, when Fianna Fáil lost power again. Moylan lost his Dáil seat at the 1957 general election but was elected to Seanad Éireann later that year. He was later appointed to the Cabinet as Minister for Agriculture, making him the first Senator to be appointed a Government Minister. Seán Moylan died suddenly on 16 November 1957. 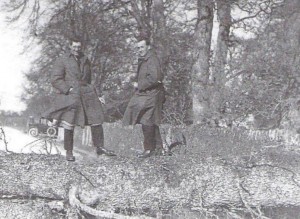 Here is a rare one. Sean Moylan and Gearoid O’Sullivan en route to Dublin for the Treaty debates. 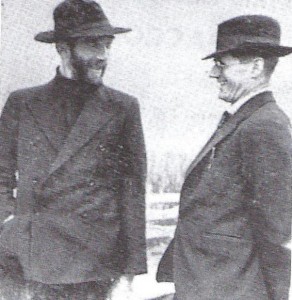 Sean Moylan with Sean Keating in this one 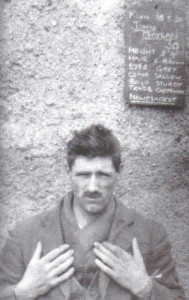