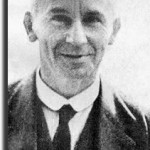 Seán O’Hegarty was a prominent member of the Irish Republican Army Cork during the Irish War of Independence and served as O/C of the Cork No. 1 Brigade of the IRA after the deaths Tomais Mac Curtain and Twerence MacSwiney .

Born in Cork on 21 March 1881, O’Hegarty came from a family with strong nationalist roots. His parents were John and Katherine (née Hallahan) Hegarty. His parents’ families had emigrated to the United States after the famine, and his parents married in Boston. His father was a member of the IRB. In 1888 his father died of tuberculosis, aged 42, and his mother had to work to support the family.

He was a supporter of the Irish language, music, and Gaelic Games. He followed his brother Patrick P O’Hegarty  into the Gaelic League and eventually the Irish Volunteers and the Irish Republican Brotherhood.

His true talents as an organiser and soldier were to emerge during the War of Independence when he commanded many of the No. 1 Brigade’s attacks on British forces in Ireland. Early on in the conflict he was impatient to step up the military campaign, which sometimes put him at odds with MacCurtain (and later MacSwiney). He did not want political developments to interfere with the work of the army. After MacSwiney’s arrest, the IRA militants led by O’Hegarty won control and he assumed command of the brigade.

Among other operations, he planned and carried out the Coolavokig ambush. In March 1921 he controversially authorized the killings of 6 unarmed British soldiers on the streets of Cork City as a reprisal for the execution of 6 IRA men captured by the British Army.

At times he was criticized by some IRA officers for “shooting first and asking questions later,” particularly in regard to suspected informers. However, these claims were usually made by officers operating in areas outside of Cork County, which by late 1920 was consumed by vicious guerrilla warfareand tit-for-tat violence.

Throughout the conflict he made sure his men formed an increasingly efficient fighting force. He was intolerant of alcohol use and banned the production and poteen in his area of command.

While he strongly opposed to the Anglo-Irish treaty of 1921 he took a neutral role early in the Irish Civil War and tried to avert hostilities from breaking out into fullscale civil war. 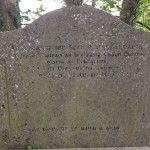 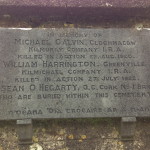