I have attached (below) for your consideration a link to a recently launched Trade Union historic documentary Film.

This Film covers much of the Life of Cork Irish Volunteer Leader Tadhg Barry.

This film is an excellent example of the Leadership offered by Trade Unions to not just workers but a whole nation.

It, I feel epitomises the core values of Trade Unions in relation to our social policies and values. I would suggest that in the current economic, political and financial disaster Ireland and many other counties find themselves in that our Film shows the vision and strategies of Trade Unions.

In the film we see the not only organising of workers but of a political movement, Cultural and Sporting organisations along with a military wing which led to the Freedom of Ireland from Imperial rule.

It is very relevant to the issues we are facing today and offers hope, that we in the Trade Union movement can come to the fore and Lead our countries in a time of great need.

I look forward to your thoughts on this.

Making the documentary was a labour of love for me and the Film company, we also held a lecture on Tadhg and had a road named for him recently. 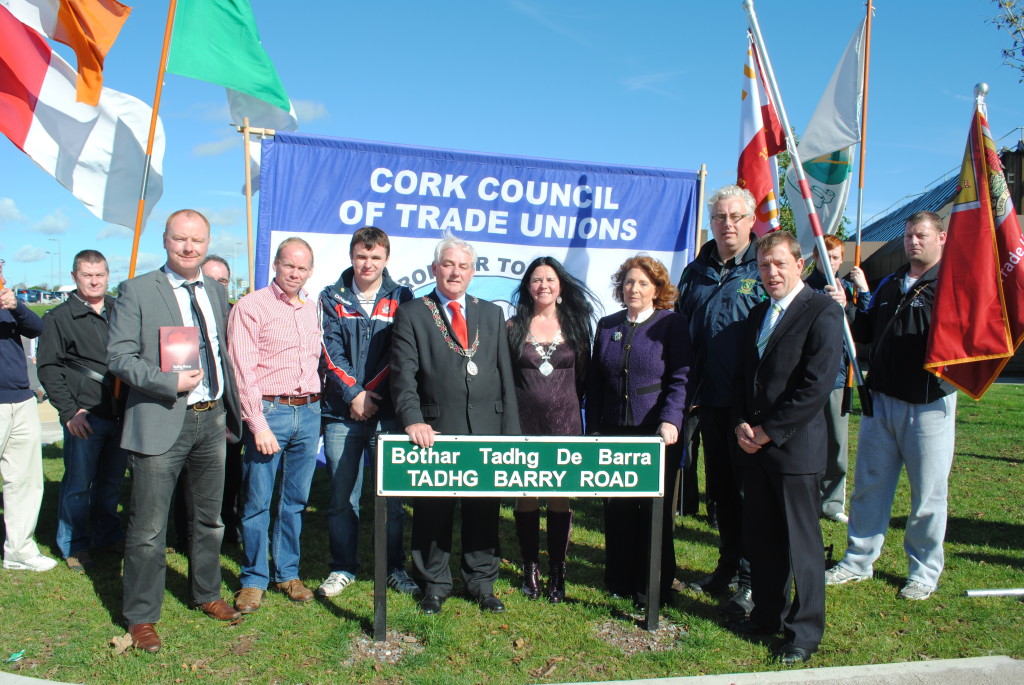