1879: Birth of Terence McSwiney. McSwiney was Sinn Fein Lord Mayor of Cork during the War of Independence. After his arrest in 1920 for sedition, he went on hunger strike in Brixton Jail, England. A botched effort to force feed him hastened his death after 74 days. His funeral in Cork was viewed by over 100,000 people. McSwiney was confident “that my death will do more to smash the British Empire than my release.” His death energized an already emotional anti-British population.

Terence MacSwiney was Commandant of the 1st Cork Brigade of the IRA and the Lord Mayor of Cork. He died after 74 days on hunger strike in Brixton Prison, England 1920. His body lay in Southwark Cathedral in London where tens of thousands of people filed past his coffin. His body was brought straight back to his native Cork by Black and Tans who refused mourners the chance to pay their respects in Dublin.

His hunger strike and death brought worldwide attention to Ireland’s freedom struggle against the British Empire. His writings inspired Indian nationalists such as Bhagat Singh, Gandhi and Jawaharlal Nehru and have been translated into several Indian languages. Ho Chi Minh said of MacSwiney: ‘A nation which has such citizens will never surrender.’

“It is not those who can inflict the most, but those that can suffer the most who will conquer.”

“I am confident that my death will do more to smash the British Empire than my release.”

“I want you to bear witness that I die as a Soldier of the Irish Republic.” 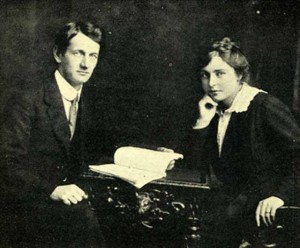 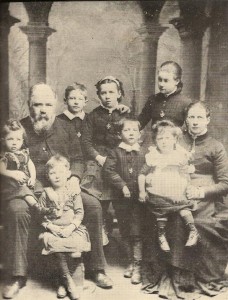 This is the McSwiney family 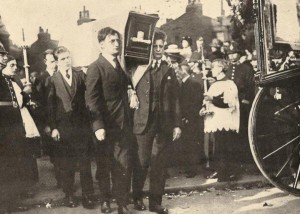 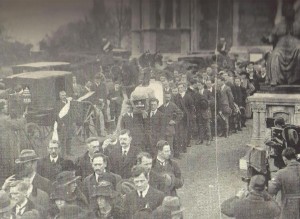 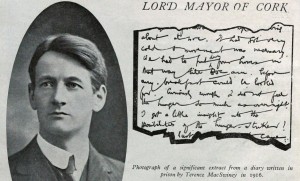 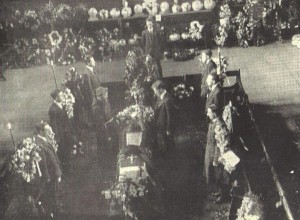 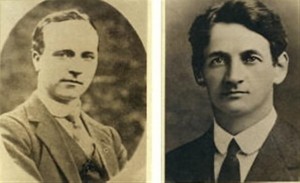 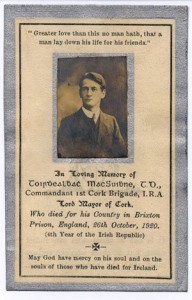