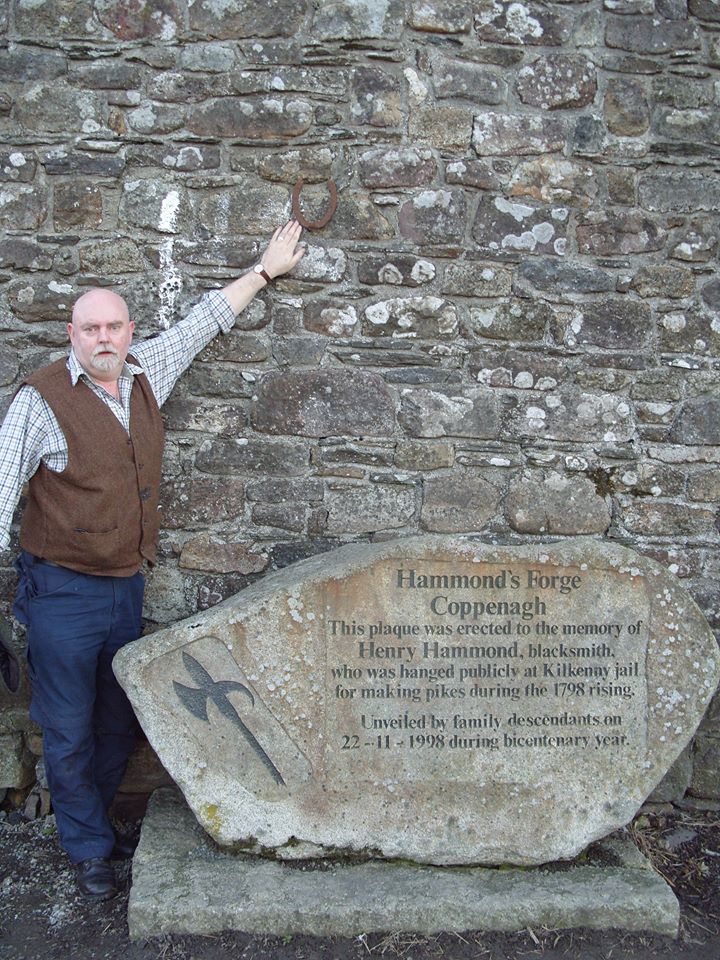 We must always bear in mind as a people, that without the great blacksmiths throughout the length and breadth of this country, we as a people would have fought no war against any occupying force, for the blacksmith was the man who made the pike head, the fork, the slash hook, and the billhook, which were used by the United Irishmen to defeat many a red coat in battle, and also the casings for the mines, bayonets and other such explosive devices that were used up until after the war of independence in this country. To all these great men and their families, and yes to their descendants also, I would like to say a very respectful Thank You, for the great sacrifice that these men made, for some were hung by the forge door for no more than plying their trade as blacksmiths, as the sweat dropped from the brow of others as they hammered on the anvil to shape and form the weapons that defended our people. Respectfully yours, Frank Murphy.