Letters to the Editor.
In his column last week, Kevin Myers referred to my grandfather, Frank Busteed, as a ‘serial killer’. It is a historically and militarily deranged comment. It is also unfortunately all too typical of Mr. Myers’ commentary on the war of Independence, in which my grandfather as proud to serve. Yes, he killed people in defence and in pursuit of Irish democracy. 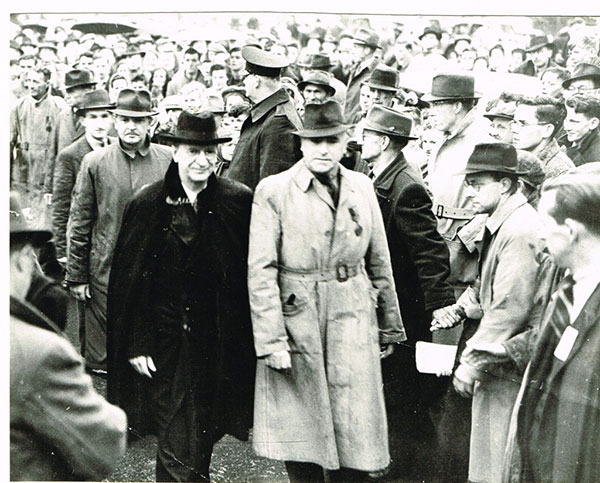 The then main enemies of the Irish people, the Black and tans, and Auxiliaries, were a group of state sanctioned terrorists. Mr Myers has, uniquely, defended them as being ‘driven …by the lights of their conscience’, as they burned cities, towns, villages and creameries across the land, while killing, stealing and marauding.
Not merely content with criticising Frank Busteed, Mr. Myers’ criticised also Major Geoffrey Compton Smith, who was executed in 1921 in retaliation for the British policy of executing captured IRA prisoners. His pre execution letters described Frank as ‘a gentleman’ and noted,’I bear him no malice for carrying out what he sincerely believes to be his duty’. He continued, ‘the Sinn Feiners are mistaken idealists rather than a murder gang’. In Mr. Myers’ eccentric mind this Englishman’s last thoughts  are responsible for killing and dying that has occurred since. Clearly, your columnist would have preferred Compton Smith to have kept his thoughts to himself.
Yours etc,
Brian O’Donoghue, Member Irish Volunteers Commemorative Organisation 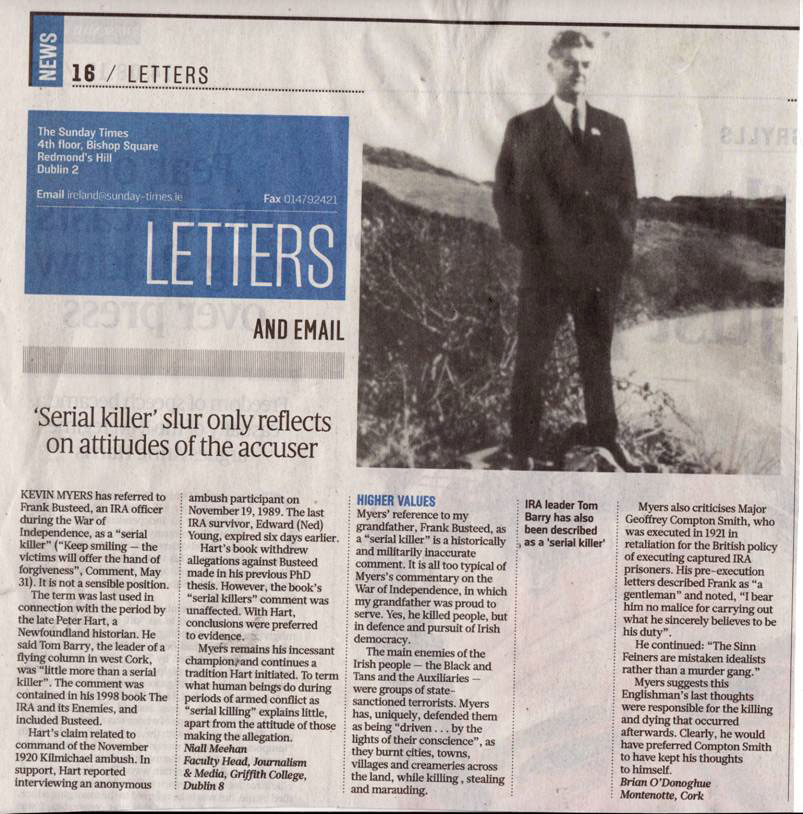