Tom Barry was born in Killorglin, County Kerry, the son of a former RIC officer who had become a shopkeeper. His family moved to County Cork in his youth, and he was educated for a period at Mungret College, County Limerick from 25 August 1911 to 12 September 1912. The reason for his short stay is indicated by a reference from the school register of the Apostolic School, Mungret College, ‘Went – Home (ran away) without knowledge of superiors – no vocation’.

“In June, in my seventeenth year, I had decided to see what this Great War was like. I cannot plead I went on the advice of John Redmond or any other politician, that if we fought for the British we would secure Home Rule for Ireland, nor can I say I understood what Home Rule meant. I was not influenced by the lurid appeal to fight to save Belgium or small nations. I knew nothing about nations, large or small. I went to the war for no other reason than that I wanted to see what war was like, to get a gun, to see new countries and to feel a grown man.”

In 1915, during World War I, he enlisted in the Royal Field Artillery at Cork and became a soldier in the British Army. He fought in Mesopotamia (then part of the Ottoman Empire, present day Iraq). He rose to the rank of sergeant. Barry was offered a commission in the Munster Fusiliers but refused it. While outside Kut-el-Amara Barry first heard of the Easter Rising.

On his return to Cork he was involved with ex-servicemen’s organisations. In 1920, Barry joined the 3rd (West) Cork Brigade of the Irish Republican Army (IRA) which was then engaged in the Irish War of Independence (1919–1921). He was involved in brigade council meetings, was brigade-training officer, flying column commander, was consulted by IRA General Headquarters Staff (GHQ), and also participated in the formation of the IRA First Southern Division. The West Cork Brigade became famous for its discipline, efficiency and bravery, and Barry garnered a reputation as the most brilliant field commander of the war.

On 28 November 1920, Barry’s unit ambushed and killed almost a whole platoon of British Auxiliaries at Kilmichael, County Cork. In March 1921 at Crossbarry in the same county, Barry and 104 men, divided into seven sections, broke out of an encirclement of 1,200 strong British force from the Essex Regiment. In total, the British Army stationed over 12,500 troops in County Cork during the conflict, while Barry’s men numbered no more than 310. Eventually, Barry’s tactics made West Cork ungovernable for the British authorities.

“They said I was ruthless, daring, savage, blood thirsty, even heartless. The clergy called me and my comrades murderers; but the British were met with their own weapons. They had gone in the mire to destroy us and our nation and down after them we had to go.” 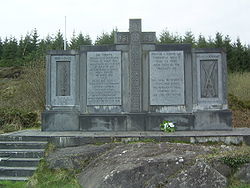 The Kilmichael Ambush on November 28, 1920 was a turning point of the war as the Auxiliaries, previously thought “invincible,” were defeated by an IRA column – a fact which had a very negative impact on British morale.

In March 1921, 104 Irish Republican Army volunteers under the command of Tom Barry attacked and later escaped from an encircling manoeuvre by 1,200 British soldiers and Black and Tans.

During the negotiations that preceded the Truce that ended the war, the British had demanded that Barry be handed over to them before progress could be made on other matters. Michael Collins refused, although he afterwards jokingly told his fellow Cork men that he had been sorely tempted. Barry opposed the Anglo-Irish Treaty of 6 December 1921, because, according to him, it betrayed the Irish Republic and partitioned Ireland. He fought on the Republican side in the Irish Civil War (1922–1923) and was imprisoned by the Irish Free State after the Battle of Dublin in July 1922. Barry had voiced the opinion that, at the start of the Civil War, while the Republican side was stronger, they should have taken over Dublin and the major cities and forced a new confrontation with the British.

In September of that year, however, he escaped from an internment camp at Gormanston in north County Dublin and traveled south, to take command of the anti-Treaty IRA Second Southern Division. In November 1922, he led his men in the capture of a string of towns across the south midlands, including Carrick on Suir, Thomastown and Mullinavat, taking the Free State garrison there prisoner. However, due to a shortage of men and equipment, he was unable to hold these places, evacuating them before National Army reinforcements arrived. After this point, Barry increasingly argued with Liam Lynch, the Republican commander in chief, that the Civil War should be brought to an end, as there was no hope of victory. In March, Barry proposed to the IRA Army executive that a ceasefire should be called, but he was defeated by 6 votes to 5. The anti-treaty campaign was belatedly called off by Frank Aiken in May, after Liam Lynch had been killed in a skirmish with Free State troops. Barry was arrested shortly before Aiken’s order to “dump arms”, on 24 May 1923. 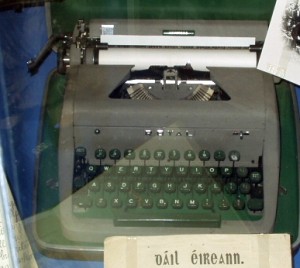 The typewriter with which Tom Barry wrote Guerilla days In Ireland, now on display in Cork City Museum.

After the defeat of the Anti-Treaty IRA in the Civil War, Barry was released in 1924. He served as general superintendent of Cork Harbour Commission from 1927 to 1965. In 1937, he succeeded Seán MacBride as chief of staff. Barry claimed that they had sabotaged a planned IRA offensive in Northern Ireland. Barry would assert in later life that he opposed both the 1930’s bombing campaign in England and IRA contacts with Nazi Germany. In fact in January 1937 he had taken a trip to Germany seeking Nazi support, which was assured to him subject to the condition that the IRA limit its actions to British military installations once war was declared. Financing was to be arranged through the Clann na Gael in the USA. The Army Convention in April 1938 adopted Seán Russell’s S-Plan instead. Barry resigned as chief of staff as a result, but remained in contact with German agents at least to February 1939.

In 1940, Barry was made responsible for Intelligence in the Irish Army’s Southern Command, a position he held for the duration of World War II. In 1941 he was denounced by the IRA for writing for the Irish Army’s journal. He was an unsuccessful candidate at the 1946 Cork Borough by-election. In 1949, Barry published his memoirs of the Irish War of Independence, Guerilla Days in Ireland, which became a classic account of the war and an influential guide on guerrilla warfare.

Barry was supportive of the Provisional IRA  campaign but expressed reservations about some of their tactics. It is said he did not agree with car bombings and the attacks on the UK cities.

In particular bombings of bars and restaurants he felt had no place in an armed struggle. 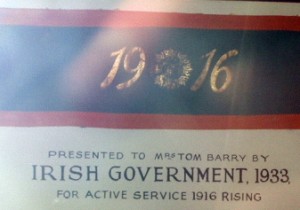 He was often to be seen walking the Mardyke on his way to Fitzgerald’s Park where he spent a lot of time. Tom died in 1980. 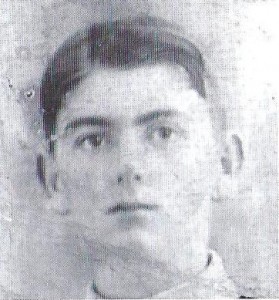 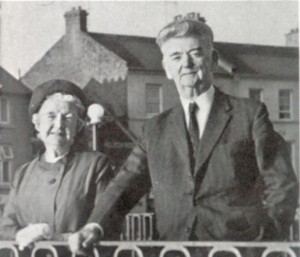 Tom Barry and his wife in later years 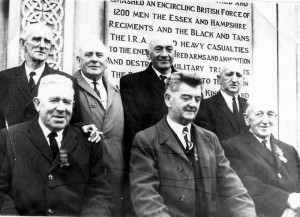 Barry and the Boys 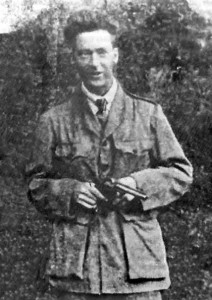 An exhausted looking General Tom Barry pictured not long after he led the Third West Cork Brigade flying column on an attack on Rosscarbery RIC barracks. 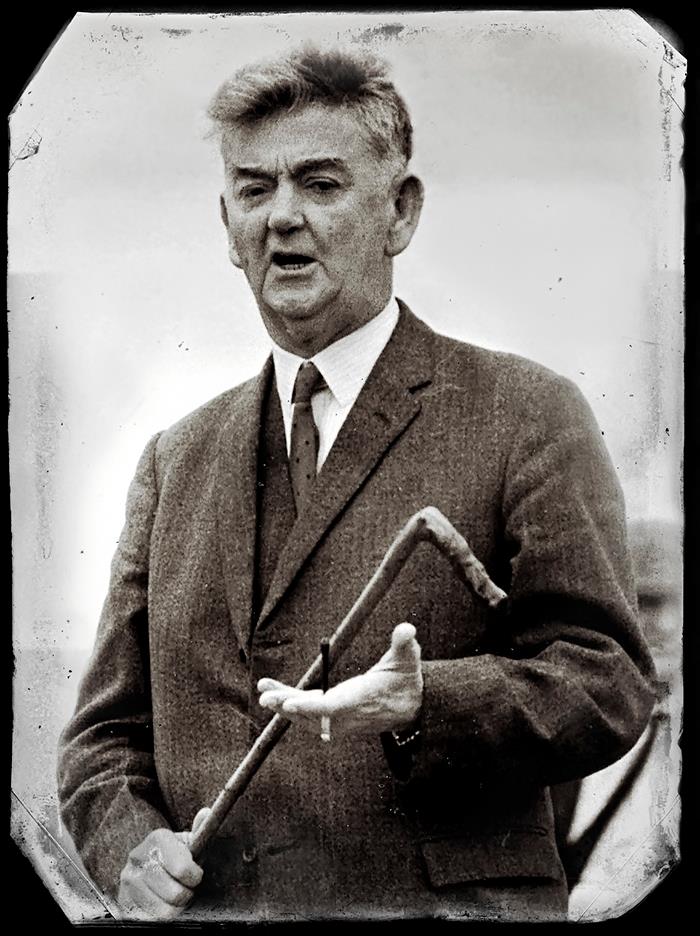 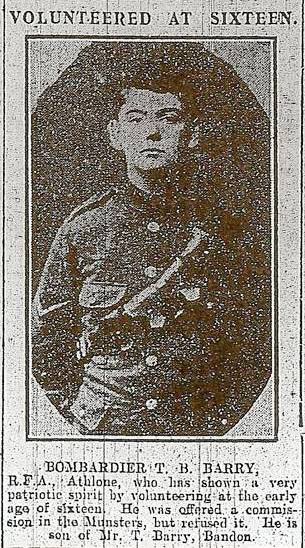 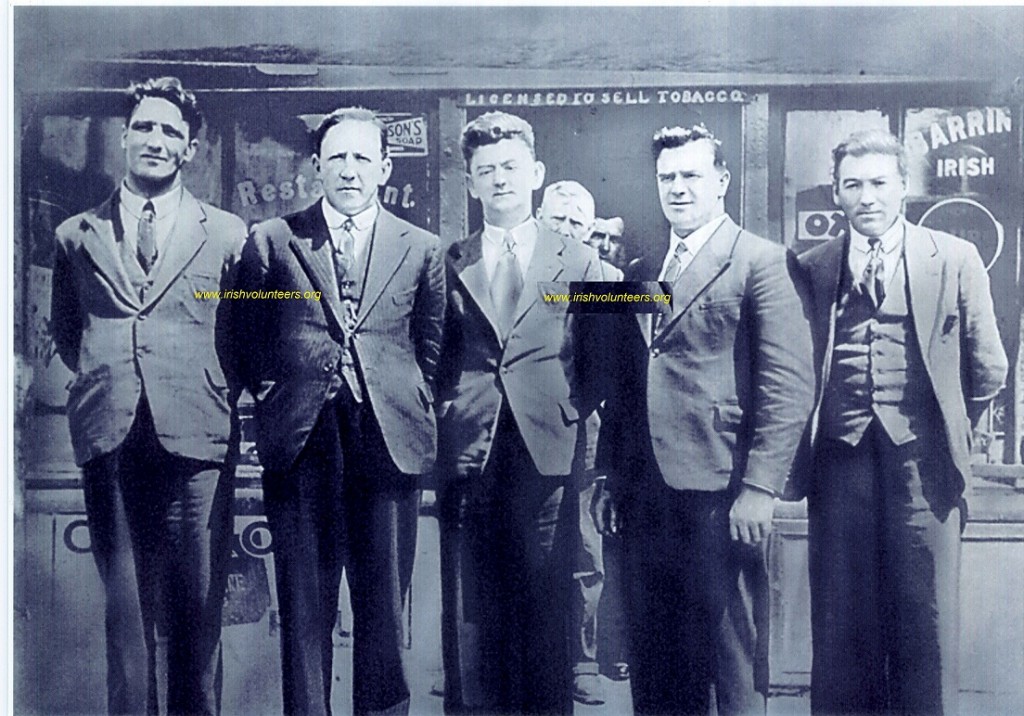 Tom Barry, can anyone name the others?