Tomás Mac Curtain Monument in Cork city,,, what a shame.

Tomás Mac Curtain Monument in Cork city,,, what a shame.

First Sinn Fein Lord Mayor. Shot dead by members of the
Royal Irish Constabulary during the Irish War of Independence.

Kevin believes the monument is in a disgraceful condition,and looking at the photo’s it is hard to disagree with him. The lettering has faded badly, the stone work is tarnished and grimy and there is even graffiti on it. If the city are going to erect a monument they should at least take care of them. This monument was erected in 1999 and just look at the state of it,its like something 100 plus years old.

Now getting to the real problem here, is this”monument” a fitting memorial to a man who fought for Irish freedom and was murdered by the Royal Irish Constabulary in his home?

This “monument” was just slapped up,,and left there to decay. You would be hard pressed to know who in fact was Tomais MacCurtain by looking at the image of him,,bears no resemblance to the man at all,the whole thing is an insult,the wording on the stone does not even explain that he was OC of Cork 1 Brigade IRA and that he was murdered by the  Royal Irish Constabulary .  With 2016 right around the corner, and with a whole new draft of new city councillors in city hall, we appeal to them to rectify this monument and also the National monument in the Grand parade. The National monument is in a dreadful condition.It has been completely neglected. We are calling on the councillors of Cork city hall to also erect a new monument in Cork city to the Irish Volunteers ,Cummann na mBan and na Fianna Eireann in time for 2016 celebrations, this is the very least they deserve. They might also consider renaming certain streets and bridges after our own patriots ,Victoria Cross would be a good start.

Please send your comments to info@irishvolunteers.org 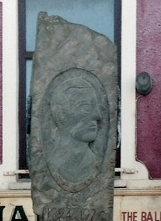 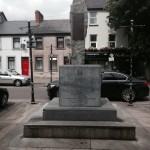 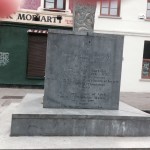 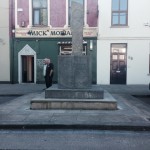 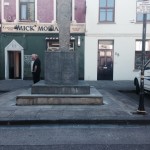 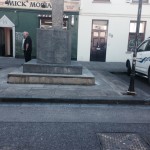