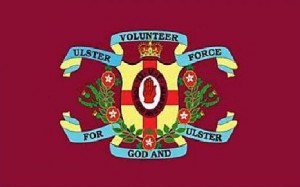 Before World War I

UVF take the salute with Carson.

The original Ulster Volunteers were formed by Edward Carson and James Craig as Unionist militias in the tensions surrounding the potential success of the third Irish Home Rule Bill. At the start of 1912, Unionists and members of the Orange Order started drilling and on 9 April (Easter Tuesday) Carson and Consevative Bonar Law reviewed 100,000 Ulster Volunteers marching in columns. On 28 September, 237,368 men signed the Ulster Covenant pledged to“using all means which may be found necessary to defeat the present conspiracy to set up a Home Rule Parliament in Ireland”, with the support of 234,046 women.

On 13 January 1913, the Ulster Volunteer Force was formally established by the Ulster Unionist Council. Recruitment was to be limited to 100,000 men aged from 17 to 65 who had signed the Covenant, under the charge of Lieutenant-General Sir George Richardson KCB. 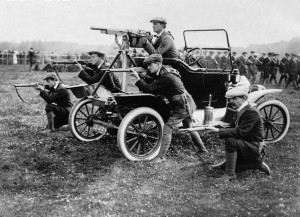 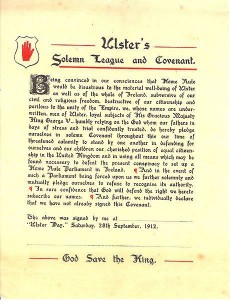 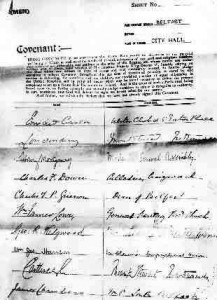 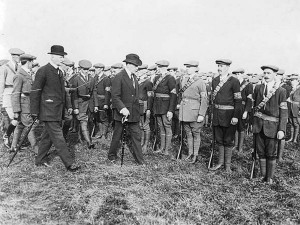 During this time, the Unionists enjoyed the wholehearted support of the British Conservative party, even when threatening rebellion against the British government. On 23 September 1913, the 500 delegates of the Ulster Unionist Council met to discuss the practicalities of setting up a provisional government for Ulster. 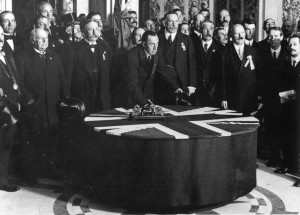 Carson and Craig, supported by some British Conservative politicians, threatened to establish a Provisional government in Ulste should the province be included in any Home Rule settlement. The Curragh incident in March 1914 showed that it would be difficult to use the British army to enforce home rule from Dublin. In April 1914, 20,000 German rifles with 3,000,000 rounds were landed at Larne, with the authorities blockaded by the UVF. Not surprisingly these developments had already led to the formation of the Irish Volunteers in Dublin on 25 November 1913 by southern nationalists, in order to safeguard the granting of Home Rule. 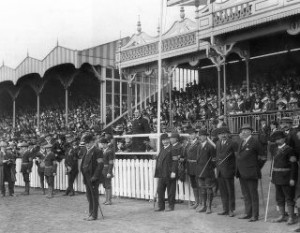 One of the many mass rallies in support of Carson 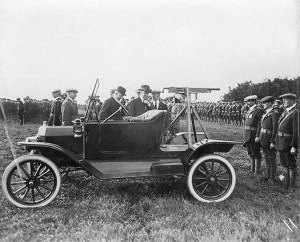 Another Carson inspection of the UVF

The Irish Home Rule Act 1914 was eventually passed despite the objections of the House of Lords whose power of veto had been abolished under the Parliament act 1911. While Carson had hoped to have the whole of Ulster excluded, he felt a good case could be made for the “six plantation counties.” The home rule issue was temporarily suspended by the outbreak of WW1 and Ireland’s involvement in it. Many UVF men enlisted, mostly with the 36. Ulster Division of the New army. Others joined Irish Regiments of the UK’s 10th and 16th Irish Division. By the summer of 1916, only the Ulster and 16th divisions remained, the 10th amalgamated into both following severe losses in the Battle of Gallipoli. Both of the remaining divisions suffered heavy casualties in July 1916 during the Battle of the Somme, to be largely wiped out in 1918 during the German Spring Offensive. 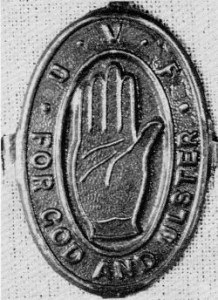 Although many UVF officers left to join the British Army during the war, the unionist leadership wanted to preserve the UVF as a viable force, aware that the issue of Home Rule and partition would be revisited when the war ended. There were also fears of a German naval raid on Ulster and so the UVF was recast as a home defence force. World War I ended in November 1918. On 1 May 1919, the UVF was ‘demobilized’ when Richardson stood-down as its General Officer Commanding. In Richardson’s last orders to the UVF, he stated: “Existing conditions call for the demobilisation of the Ulster Volunteers. The Force was organised to protect the interests of the Province of Ulster, at a time when trouble threatened. The success of the organisation speaks for itself, as a page of history, in the records of Ulster that will never fade.” 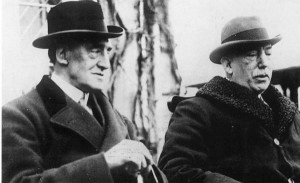 Carson and Craig together.

After World War I

The Irish War Of Independence began in January 1919. It was fought between Irish Republican army (the army of the self-declared Irish Republic) and the forces of the United Kingdom (which included the British Army, Royal Irish Constabulary and the “Black & Tans”). The Government of Ireland Act 1920 provided Home Rule for Northern Ireland and Southern Ireland, giving Northern Ireland the option of Irish unity or Irish partition. The Unionist dominated Parliament of Northern Ireland chose to remain a part of the UK. As a response to IRA attacks within Ulster, the Ulster Unionist Council officially revived the UVF on 25 June 1920. In early July, the UUC appointed Lieutenant Colonel  Wilfrid Spender as the UVF’s Officer Commanding. At the same time, announcements were printed in unionist newspapers calling on all former UVF members to report for duty.

However, this call met with limited success; for example, each Belfast battallion held little more than 100 men each and they were left mostly unarmed. The UVF’s revival also met with little backing from unionists in Great Britain. 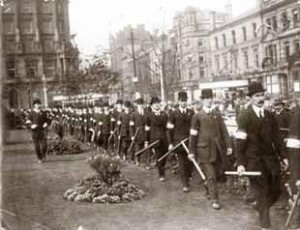 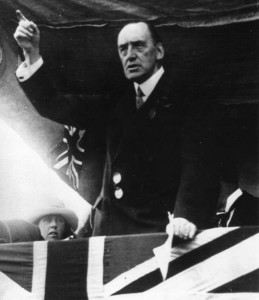 During the conflict, loyalists set-up small independent “vigilance groups” in many parts of Ulster. Most of these groups would patrol with the intention of reporting anything untoward to the RIC. Some of them, however, were armed with UVF rifles from 1914. There were also a number of small loyalist paramilitaries. The most notable of these was the Ulster Imperial Guards, who may have overreached the UVF in terms of membership. Historian Peter hart wrote the following of these groups:Also occasionally targeted

[by the IRA] were Ulster Protestants who saw the republican guerrilla campaign as an invasion of their territory, where they formed the majority. Loyalist activists responded by forming vigilante groups, which soon acquired official status as part of the Ulster Special Constabulary. These men spearheaded the wave of anti-Catholic violence that began in July 1920 and continued for two years. This onslaught was part of an Ulster Unionist counter-revolution, whose gunmen operated almost exclusively as ethnic cleansers and avengers. 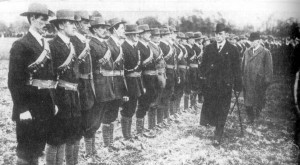 Owing to the sluggish recruitment to the UVF and its failure to forestall IRA activities in Ulster, James Craig beckoned the formation of a new special constabulary. In October 1920, the Ulster Special Constabulary (USC) was set-up. This was an armed reserve police force whose main role, during 1920–1922, was to bolster the RIC and fight the IRA. Spender encouraged UVF members to join, and although many did so, the USC did not engulf the UVF (and other loyalist paramilitaries) until early 1922. Craig hoped to “neutralise” the sundry loyalist paramilitaries by enrolling them in the C Division of the USC; a move that was backed by the British government. Historian Michael Hopkinson wrote that the USC, “amounted to an officially approved UVF”. The USC was almost wholly Protestant and was greatly mistrusted by Irish Catholics and Irish nationalists. Following IRA attacks, its members sometimes carried-out revenge killings and reprisals against Catholic civilians during the 1920–22 conflict.In his book Carson’s Army: the Ulster Volunteer Force 1910–22, Timothy Bowman gave the following as his last thought on the UVF during this period:It is questionable the extent to which the UVF did actually reform in 1920. Possibly the UVF proper amounted to little more than 3,000 men in this period and it is noticeable that the UVF never had a formal disbandment … possibly so that attention would not be drawn to the extent to which the formation of 1920–22 was such a pale shadow of that of 1913–14. 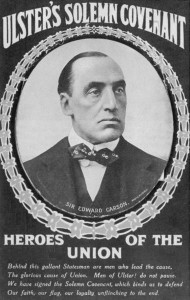