A brief history of William Oman is outlined below by Niall Oman, his great grandson. Many thanks Nialll for sharing this important information and pictures.

William Oman (my great-grandad) was 16 years old when he took park in the Rising. He played the last post at the funeral of O’Donovan Rossa and sounded the fall-in at Liberty Hall on Easter Monday morning. Due to his young age he was released from Richmond barracks. He went on to be a member of ‘G’ Company 1st Battalion Dublin Brigade IRA. He took part in the break out of Robert Barton from Mountjoy and also of 20 IRA prisoners from Mountjoy a few days later. He took part in the burning of the Customs House and was arrested during the Civil War and was in Mountjoy for 15 months.

Robert Oman (my great great grand-uncle) was Williams uncle. He was a member of ‘G’ company 1st Battalion Dublin Brigade Irish Volunteers. He was around the Four Courts area for the Rising. He was interned in Frongoch and Straffordshire Prisons. He went on to become O/C of ‘G’ company 1st Battalion Dublin Brigade with the rank of Captain. He too was interned during the Civil War, first in Gormanstown camp where his health suffered and then later in Mountjoy for the same period as William. 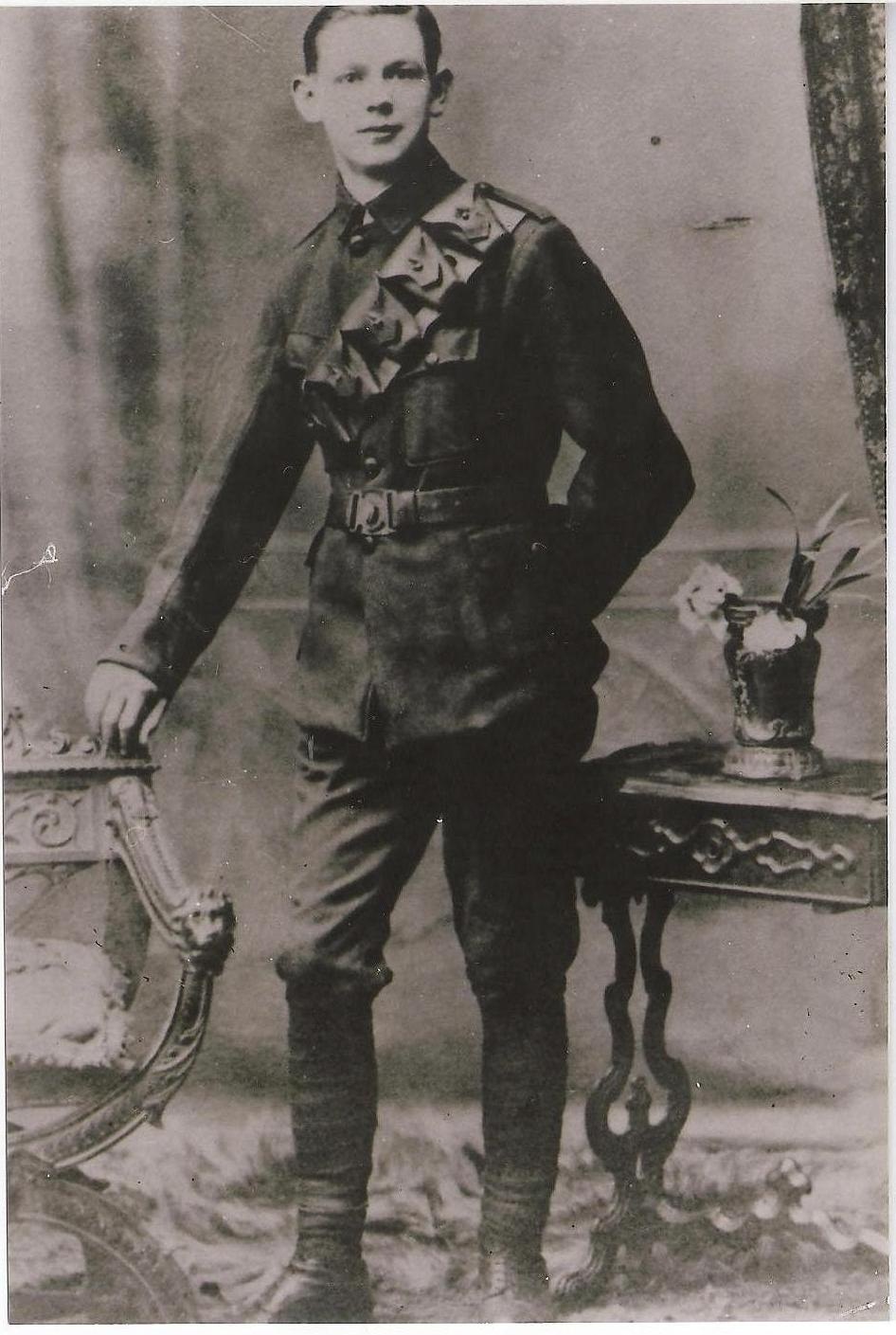 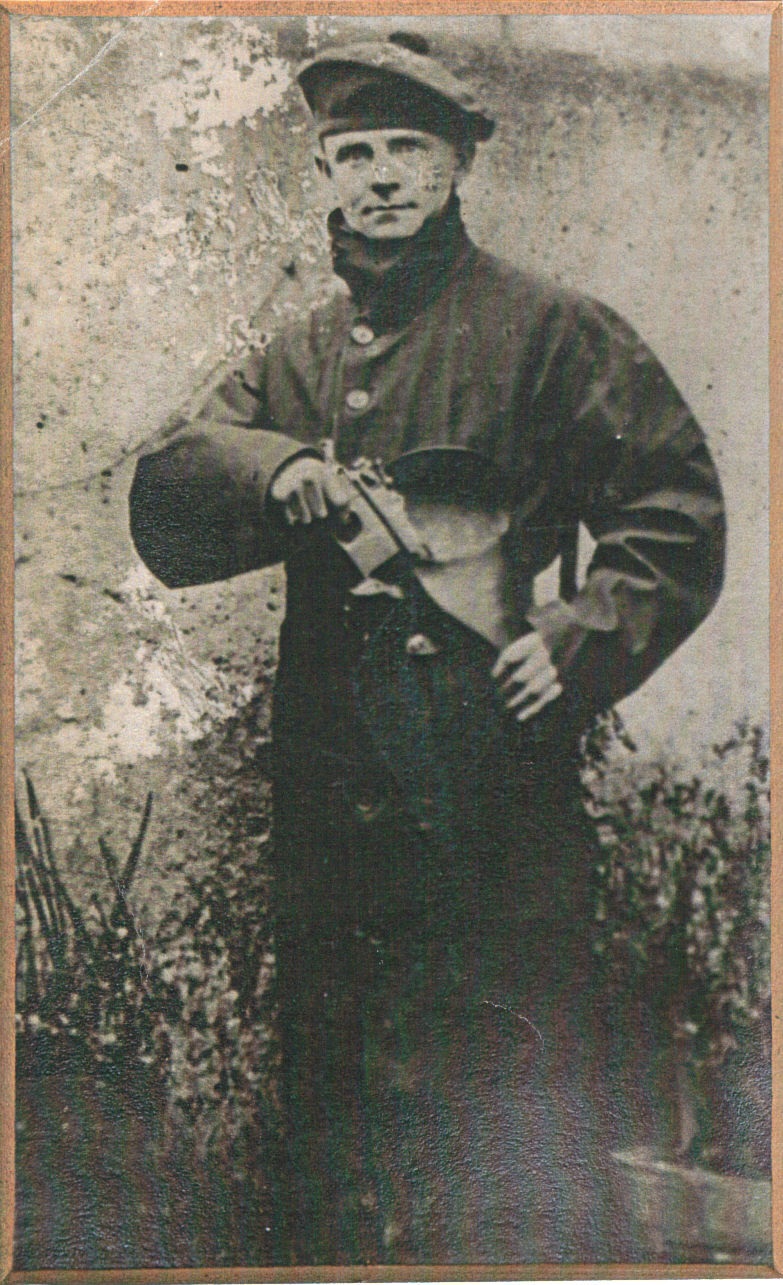 Williams Uncle, Bob Oman in the disguise of a Black and Tan in order to evade capture, it was taken out his backgarden in 8 Daniel Street.