My grandfather John Stokes, a native of Bunclody in County Wexford. He was a striking tram driver in the 1913 Lockout, joined the National Volunteers, collected his rifle from the Asgard in the Howth Gunrunning in July 1914, went with the Irish Volunteers in the Redmond-provoked split, and turned up for duty in the revolution with D company, 3rd Battalion on April 24th 1916. He was sent in charge of four Volunteers to take over the Gas Works and from there to the Old Distillery (where the flag of the Republic was flown to divert British Army attention) until Wednesday when they were withdrawn to Boland’s Mills. On Thursday he was ordered home by de Valera due to a back injury he had carried into the fight. He was arrested two days after the surrender, transferred to Richmond Barracks and then sent to Wakefield Prison on May 12th and later to Frongoch Internment Camp in Wales until his release in August 1916. His Commanding Officer in Frongoch was Terence MacSwiney.
During the War of Independence he provided ‘assistance’ to D company and the Active Service Unit, and during the Civil War provided a safe house for guns and men to republicans with my grandmother Catherine. John died of drowning in an attempt to rescue a young woman at the Shelley Banks near Ringsend in 1940. He was 63 years of age. 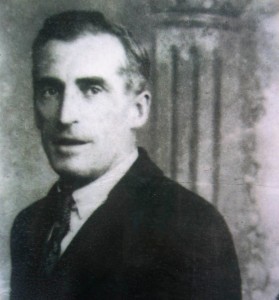